What is Delonte West's net worth, salary and career earnings?

Delonte West is a retired professional basketball who has a net worth of $1 thousand. Tragically, Delonte is one of the worst examples of a professional athlete whose life fell apart after his career ended. He earned around $14 million in salary alone during his career but years later was seen struggling deeply with drugs and other problems.

Delonte West was born on July 26, 1983 in Washington DC. He went to Eleanor Roosevelt High School in Greenbelt, and then St. Joseph's University in Philadelphia. While at St. Joseph's, Delonte and Jameer Nelson formed what was regarded as the best backcourt in the country.

West was drafted by The Boston Celtics as the 24th Pick in the 2004 NBA Draft. He only played 39 games in his first season due to struggles with injuries. During his rookie season, West was appointed as the starting point guard for the 2005-06 season. By the 2006-07 season, West was moved to the shooting guard position. However luck wasn't on West's side, as he struggled in the early stages and subsequently was moved back to point guard.

In 2007 West was traded to the Seattle Supersonics and by the early 2008, he was traded to Cleveland Cavaliers as part of a three-team deal. As a Cavalier, West scored a season high of 20 points against the Boston Celtics- and this was only six days after the trade.

In late 2008, West signed a three-year contract with the Cavaliers, worth $12.7 million. West took up the position of shooting guard and backup point guard. West raised a few eyebrows as he emerged as a highly skilled backcourt defensive player and an outstanding outside shooter. The Cavaliers then traded West to the Minnesota Timberwolves but his time at the team was short-lived. In late 2010, West signed a one year contact with his old team, The Boston Celtics to backup Rajon Rondo as a point guard. The contact came to a sharp halt following a guilty plea to weapons charges. Delonte played for the Dallas Mavericks from 2011 to 2012. He then spent a few years playing overseas. 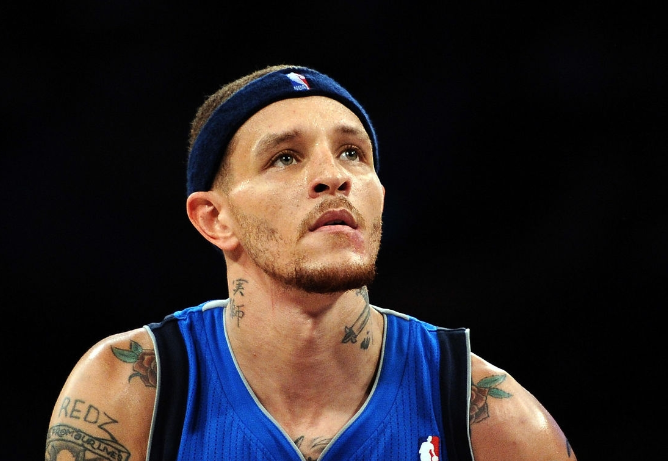 Despite making $14 million in salary during his career (before taxes and fees), Delonte has been plagued with personal and financial problems throughout his career. During the NBA lockout, he reportedly was living out of the Mavericks locker room and was forced to sell off all of his jewelry and several cars. During this time, he also applied for a temporary job at Home Depot to make ends meet. West reportedly lost a fortune in his divorce and in legal fees defending various issues.

In August 2019 Delonte was photographed looking somewhat destitute and perhaps homeless. A few months earlier he was photographed walking around a fast food restaurant parking lot without shoes, looking disheveled.

In September 2020 Delonte was photographed panhandling on a street in Dallas, Texas. When he got win, Mavericks owner Mark Cuban picked West up off the streets. Mark brought West to a drug treatment program. For a time Delonte's fortunes seemed to have reversed. He had reunited with family and was working at the rehab facility.

Unfortunately in October 2021 Delonte was arrested in Florida. 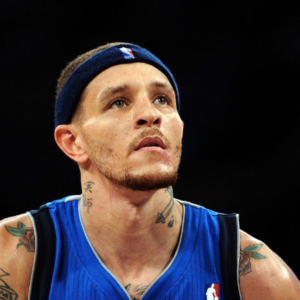