Brown played for the Celtics from 1990 to 1998 and then for the Toronto Raptors from 1998 to 2000 and the Orlando Magic from 2000 to 2002. He was named to the NBA All-Rookie First Team in 1991 and won the NBA Slam Dunk Contest championship in 1991 with his famous "no-look" slam dunk. He became head coach of the WNBA's Orlando Miracle in 2002 and then coached the San Antonio Silver Stars from 2003 to 2004. From 2009 to 2011 he coached the Springfield Armor of the NBA Developmental League. Brown was an assistant coach for the NBA's Detroit Pistons from 2011 to 2013 and became an assistant with the Sacramento Kings in 2013. In 2005 he founded EDGE Basketball, LLC and serves as CEO of the company that trains players. 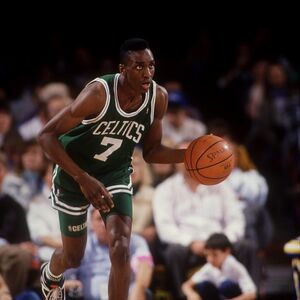