David West Net Worth: David West is an American professional basketball player who has a net worth of $35 million. Born in 1980 in Teaneck, New Jersey, David West played college basketball at Xavier University from 1999 until 2003. West dominated his conference, earning first-team All-American honors. He was a three-time Atlantic 10 Player of the Year from 2000 until 2003 and on the All-Atlantic 10 Conference First-Team three times. He won AP National Player of the Year honors and the Oscar Robertson Trophy. The New Orleans Hornets drafted West with the 18th overall pick during the first round of the 2003 NBA Draft. He played in New Orleans until 2011 when he signed a free agent contract with the Indiana Pacers for a reported two years and $20 million. He signed a new deal with Indiana during the summer of 2013 and as of fall 2014, currently plays with the team. West has been named an NBA All-Star twice in 2008 and again in 2009. The six-foot-nine, 250-pound power forward has a specific interest in learning about black history. He is a tuba player and makes mix tapes for his teammates. West and his wife, Lesley, have two children together, a daughter named Dasia and a son named David Benjamin. 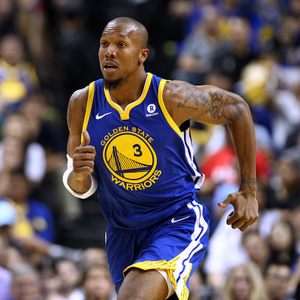