David Stockton net worth: David Stockton is an American professional basketball player who has a net worth of $250 thousand. David Stockton was born in Spokane, Washington in June 1991. He is a point guard who also played quarterback for Gonzaga Preparatory School. Stockton played for the Gonzaga Bulldogs and was named to the 2014 WCC All-Tournament Team.

He went undrafted in the 2014 NBA Draft and signed with the Reno Bighorns in the NBA Developmental League where he played from 2014 to 2015 before joining the Sacramento Kings in 2015. Stockton was named to the NBA D-League All-Rookie Second Team in 2015. David is the son of NBA Hall of Fame player John Stockton. 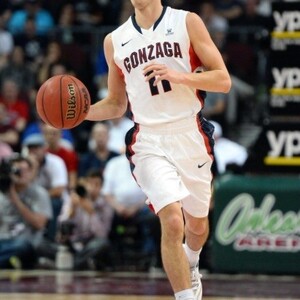