Darryl Dawkins Net Worth: Darryl Dawkins was a retired American professional basketball player who had a net worth of $5 million. Born on January 11, 1957 in Orlando, Florida, Dawkins is most noted for his days with the NBA's Philadelphia 76ers and New Jersey Nets. He also played for the Detroit Pistons and Utah Jazz (even though briefly) late in his career.

Teenage Dawkins first showed his talent for b-ball in high school, after which he became one of the few to go straight to the NBA. He spent 14 years in the league, where he averaged double figures in scoring nine times and often ranked among the league leaders in field-goal percentage. Furthermore, he has made it to the NBA Finals three times as a member of the Philadelphia 76ers in the late 1970s and early 1980s. On the other side, Dawkins set an NBA record for fouls in a season (386 in 1983-84), never quite living up to the expectations that had been heaped upon him after he was selected out of high school. However, he is still remembered for his powerful dunks that earned him the nickname, Chocolate Thunder. Following his NBA career, Dawkins was hired as the head coach of the American Basketball Association's Newark Express and Pennsylvania ValleyDawgs of the United States Basketball League, respectively. Off the court, he penned his autobiography titled Chocolate Thunder: The Uncensored Life and Times of Darryl Dawkins, co-authored with Charley Rosen. The book narrates his on and off-the-court life as an NBA star. Dawkins currently lives in Allentown, Pennsylvania. Unfortunately, Darryl Dawkins died on August 27, 2015 at the age of 58. 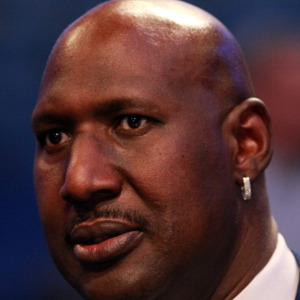