Darius Miles Net Worth and Salary: Darius Miles is an American former professional basketball player who has a net worth of $100,000. Tragically, despite earning $66 million in salary alone during his career, Darius has suffered from financial problems in retirement. He declared bankruptcy in 2016. Miles was drafted third overall by the Los Angeles Clippers straight from high school. He played eight seasons in the NBA, and in his rookie year, he was named an NBA All-Rookie, the first prep-to-pro player ever to do so.

Early Life: Miles was born on October 4th of 1981, in Belleville, Illinois; however, he grew up in East St. Louis, Illinois, which is the murder capital of America. His upbringing was difficult, and Darius has described East St. Louis as "guns, drugs, and danger from start to finish," having been shot at many times and seen friends shot in front of him.

Miles attended East St. Louis Senior High School and received recognition as the country's best high school basketball player. In his senior year, he was 6'8″, 202 pounds, and averaged 22 points per game. In 2000, Darius declared he was entering the NBA draft.

Career: Darius was drafted third overall by the Los Angeles Clippers, which was the highest ever for a player directly from high school at the time. He played his first two seasons with the Clippers, earning an NBA All-Rookie Team honor in 2001. Before Miles joined the team, the Clippers placed last in the league for victories. Darius helped improve this record; however, he was traded after two seasons because his playing style no longer fit the team.

Following the 2001-02 season, Miles joined the Cleveland Cavaliers. He spent a season and a half with the team before being traded to the Portland Trail Blazers. During the 2004-05 season, Darius made headlines after several confrontations with then-coach Maurice Cheeks. Miles reportedly insulted Cheeks with racial slurs and other accusations.

Near the end of the 2005-06 season, Darius severely injured his right knee. He returned five days later to play, which resulted in being his last game of the year. Miles missed the entire next two NBA seasons because he required microfracture surgery to repair his injury. In 2008, Darius's injury was determined severe enough to be career-ending; however, he could keep playing if he wanted. That year he was released by the Trail Blazers.

In 2008, Miles signed with the Boston Celtics but was waived before the regular season began. He then signed with the Memphis Grizzlies and played nearly half of the 2008-09 season. The Grizzlies released Darius in 2009, and his retirement followed.

Bankruptcy: In 2016, Darius Miles declared bankruptcy, which came as a considerable shock, as he had made $61.9 million during his career, with a high point of $9 million with the Portland Trail Blazers in 2008. He reported his financial issues had come from a series of lousy business and real estate deals.

Miles reportedly lost more than $100,000 in 2008 from one California real estate deal. He also lost a great deal of money as part of an investment group that included former NFL running back Marshall Faulk and rapper Nelly. The group was part of a bad real estate deal in downtown St. Louis, resulting in multiple multi-million dollar lawsuits.

Darius has also noted after his mother died in 2013, he suffered from severe depression, which worsened his financial problems. After declaring bankruptcy, Miles auctioned off many of his possessions, including an autographed LeBron James jersey, thousands of DVDs and video games, and expensive firearms.

After bankruptcy, Darius moved to Florida to live near his friend and former teammate from the Clippers, Quentin Richardson. Miles and Richardson now host a podcast called "Knuckleheads," which invites various people to speak about sports and culture. 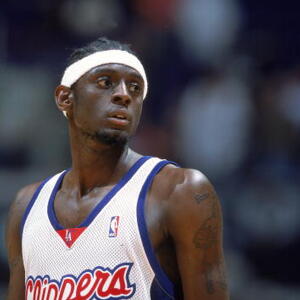