Damon Jones net worth: Damon Jones is an American professional basketball coach and former professional basketball player who has a net worth of $10 million. Damon Jones was born in Galveston, Texas in August 1976. He was a 6'4″ point guard and shooting guard who played at Ball High School and the University of Houston. Jones went undrafted but ended up being a journeyman who started off playing for the Black Hills Posse of the IBA, the Jacksonville Barracudas of the USBL, and the Idaho Stampede of the CBA. He made his NBA debut in 1999 playing for the New Jersey Nets, Boston Celtics, and Golden State Warriors. Jones played for the Dallas Mavericks from 1999 to 2000 and then played for the Gulf Coast Sun Dogs of the USBL. He played for the Vancouver Grizzlies from 2000 to 2001, the Detroit Pistons from 2001 to 2002, the Sacramento Kings from 2002 to 2003, the Milwaukee Bucks from 2003 to 2004, the Miami Heat from 2004 to 2005, the Cleveland Cavaliers from 2005 to 2008, and the Milwaukee Bucks from 2008 to 2009. Jones then played in Italy, Puerto Rico, Venezuela, and in the D-League. He signed a one year deal for $2.5 million with the Heat in 2004 and a four year deal for $16.1 million with the Cavaliers in 2005. He became the Cavs shooting consultant in 2014. 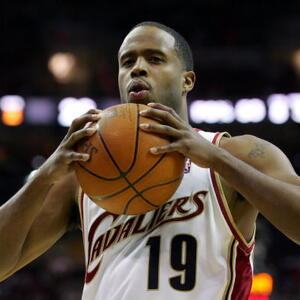