Damian Lillard Net Worth and Salary: Damian Lillard is an American professional basketball player who has a net worth of $70 million. Best known for his playing career with the Portland Trail Blazers, Lillard began his NBA career after being drafted in 2012. He was quick to establish himself as a skilled player, earning the NBA Rookie of the Year Award that year. To date, he has received six NBA All-Star selections over the course of his career. He one of only two Blazers players to have achieved this feat. Damian is affectionately referred to by his fans as "Dame Time."

Early Life: Damian Lamonte Ollie Lillard Sr. was born on July 15th of 1990 in Oakland, California. His basketball talents quickly became obvious during his high school years in San Lorenzo, California. He then transferred to a different high school in Alameda in an effort to get more playing time. When this school also left him on the bench, Damian transferred once again to Oakland High School. Here, he established himself as a strong player with an average of almost 20 points per game. In his senior year, this had risen to 22.4 points per game.

After graduating from high school, Lillard found himself with few offers from colleges. However, he eventually received a scholarship to play for Weber State in Utah. He continued to play well throughout his college years, despite a foot injury putting him on the sidelines for several months. He ended his college career as a finalist for the Bob Cousy Award. Skipping his senior year, Damian headed straight for the 2012 NBA draft.

Career: Lillard was quickly snapped up by the Portland Blazers during the draft, and he made an impressive impact on the NBA during his first season. In his first game, he racked up 23 points and 11 assists, becoming the third player in history to reach these heights on his debut game. He ended the season with an average of 19 points per game and joined Blake Griffin and David Robinson as the only players who won the NBA Rookie of the Year Award unanimously.

During the 2013-2014 season, Damian made a game-winning, buzzer-beating three-point shot to win the playoff series during Game 6 against the Houston Rockets. In 2015, he was selected for the NBA All-Star Game. Later that year, Lillard signed a five-year contract extension worth $120 million. He also scored his 600th career three-point shot that year, making him the fastest NBA player in history to reach that milestone. Many other record-breaking achievements would soon follow. Unfortunately, he also suffered an injured foot in 2015, which ended his consecutive streak of 275 games.

In 2016, he suffered a sprained ankle but continued to perform well throughout the rest of the season. At the end of the 2016-2017 season, he won the Magic Johnson Award. His strong line of results and record-breaking achievements continued for many years. As of 2021, he has won a number of honors and accolades. These include 2020's NBA Bubble Most Valuable Player and the NBA Rising Star Award. He also won the NBA Skills Challenge twice.

Playing Style: Damian Lillard is considered by many to be one of the best point guards in NBA history, if not the best point guard the league has ever seen. Among other things, Lillard is praised for being a "complete" and well-rounded player, having virtually no weaknesses while mastering skills like shooting, driving, and passing. He also earns praise for his leadership abilities and his general lack of injuries. 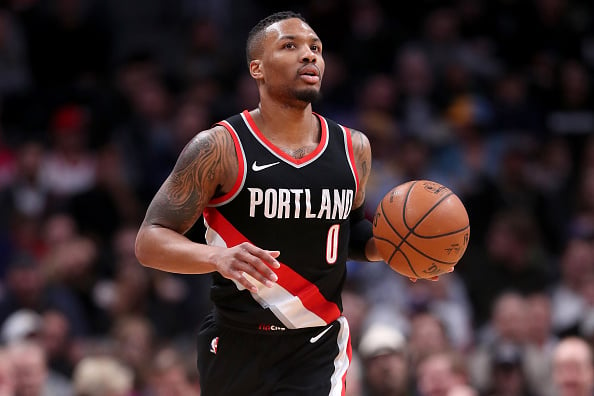 On June 30th of 2019, it was revealed that Damian had agreed to a new "supermax" contract with the Trail Blazers. The four-year, $196-million deal will give Damian a player option for $54.3 million during the last year of his extended contract.

Brand Endorsements: Lilliard has supplemented his NBA salaries with several high-profile brand endorsement deals. His partnership with Adidas began in 2012 when he first signed with the Blazers. Two years later, he negotiated a new 10-year contract with Adidas reportedly worth $100 million. Lillard has his own Adidas shoe called the Adidas Dame.

In 2017, Damian partnered with Powerade. Additional contracts have been signed with brands like Spalding, Panini, Foot Locker, JBL, Biofreeze, and Moda Health. In 2019, he joined many other NBA players and signed a contract with Hulu to promote the streaming platform's new live sports service.

Other Ventures: In 2020, it was reported that Lillard had purchased a Toyota dealership in McMinnville, Oregon. He co-owns the dealership with his longtime friend and business partner, Brian Sanders.

Lillard is also well-known for venturing into the world of music. He is a rapper who goes by the stage name Dame D.O.L.L.A. His first single was released in 2015, and in 2016 he released his debut album, entitled "The Letter O." In 2017, he followed up with a second album. A third album followed in 2019. Over the course of his music career, he has collaborated with several well-known artists, including Lil Wayne and Mozzy. Lillard eventually established his own record label called Front Page Music.

Relationships: Lillard and his fiancée Kay'La Hanson welcomed twins into the world in 2021. He also has another child from a previous relationship. 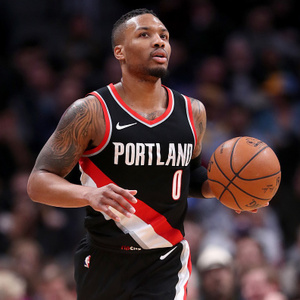