Dale Davis Net Worth: Dale Davis is an American former professional basketball player who has a net worth of $20 million. Born in 1969 in Toccoa, Georgia, Dale Davis played college basketball at Clemson University in South Carolina. Davis was a first-team All-Atlantic Coast Conference player in 1990 and had his number 34 retired by the Tigers.

The Indiana Pacers drafted Davis with the 13th overall pick during the first round of the 1991 NBA Draft. Davis played with the Pacers from 1991 until 2000, earning NBA All-Star honors in 2000. He then played for the Portland Trail Blazers from 2000 until 2004, the Golden State Warriors from 2004 until 2005, the Indiana Pacers in 2005, and finally, the Detroit Pistons from 2005 until 2007. Davis finished his pro career with 8,706 points, 8,605 rebounds, and 1,270 blocks. He competed with the U.S. men's national basketball team and won a gold medal at the Summer Universiade in Duisburg in 1989. Davis appeared in close to 140 playoff games during his career. In 2006, he bought into R&J Racing, which is part of the NASCAR NEXTEL Cup Series. Two months later, he was arrested for allegedly assaulting a police officer, resisting arrest, and disorderly conduct in Miami Beach, Florida. He was later acquitted. 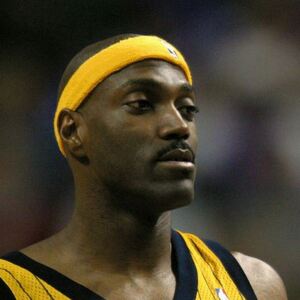