Dahntay Jones net worth: Dahntay Jones is an American professional basketball player who has a net worth of $10 million. Dahntay Jones was born in Trenton, New Jersey in December 1980. He is a 6'6″ small forward and shooting guard who played for Steinert High School. Jones played his college basketball at Rutgers from 1998 to 2000 and at Duke from 2001 to 2003.

He was named to the Big East All-Rookie Team and was named to the ACC All-Defensive team twice and was named First-team All-ACC in 2003. Jones was drafted #20 by the Boston Celtics in the 2003 NBA Draft. He was traded to the Memphis Grizzlies where he played from 2003 to 2007. Jones played for the Sacramento Kings from 2007 to 2008 and for the Denver Nuggets from 2008 to 2009. He played for the Indiana Pacers from 2009 to 2012 and for the Dallas Mavericks from 2012 to 2013 and also for the Atlanta Hawks in 2013. Jones played for the Los Angeles Clippers in 2015 and has played for the Cleveland Cavaliers since 2016. In 2001 he won a Gold Medal representing the United States at the FIBA U21 World Championship. In 2016 he made his first NBA Finals with the Cavaliers. 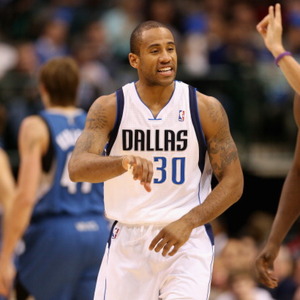