He played his college basketball at Texas where he was named to the Big 12 All-Freshman team. Joseph was drafted #29 by the San Antonio Spurs in the 2011 NBA Draft. He played for the Spurs from 2011 to 2015 and has played for the Toronto Raptors since 2015. Joseph won an NBA championship with San Antonio in 2014. During his time with the Austin Toros in the NBA Developmental League he was named to the All-NBA D-League Second Team and the All-NBA D-League Defensive Second Team. Joseph has also represented Canada in international competition and won Bronze Medals at the 2008 FIBA Americas U18 Championship and the 2015 FIBA Americas Championship. In 2015 he signed a four year $30 million deal with Toronto. 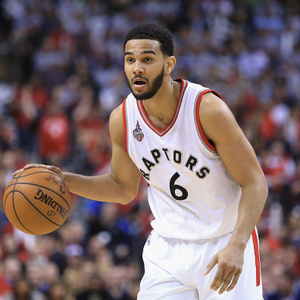