Corey Maggette Net Worth and salary: Corey Maggette is an American professional basketball player who has a net worth of $30 million. Born in 1979 in Melrose Park, Illinois, Corey Maggette played college basketball in North Carolina at Duke University from 1998 until 1999 when he was drafted with the 13th overall pick to the Seattle SuperSonics.

He was promptly traded to the Orlando Magic without suiting up for the SuperSonics. Maggette played for the Los Angeles Clippers from 2000 until 2008, the Golden State Warriors from 2008 until 2010, the Milwaukee Bucks from 2010 until 2011, the Charlotte Bobcats from 2011 until 2012, and the Detroit Pistons from 2012 until 2013. He made one appearance in the playoffs with the Clippers during the 2006 season. Maggette and the Clippers played 12 games; he averaged 15.3 points per game during the postseason run. As of the fall of 2014, Maggette is currently a free agent and coaches basketball at a Newport Beach-area high school. Maggette is active in several off-the-court charitable events, working with children to help get them excited about reading when he was parts of the Clippers. He established the Corey Maggette Flight 50 Basketball Camp in 1999, which attracted hundreds of participants every year. A few years later, he created the Corey Cares Foundation to help with at-risk youth in his community. 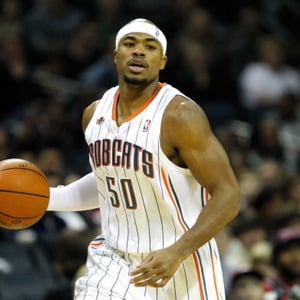