Cliff Robinson net worth: Cliff Robinson was an American professional basketball player, diplomat and entrepreneur who had a net worth of $20 million at the time of his death. Cliff died on August 29, 2020 at the age of 53.

Cliff Robinson was born Clifford Ralph Robinson on December 16, 1966 in Buffalo, New York. He attended Riverside High School in Buffalo before going on to the University of Connecticut. While at UConn, Cliff was an all-tournament player in the 1988 NIT tournament. UConn won the NIT that year. Robinson graduated in 1989 and immediately entered the NBA draft where he was sleeted as the 36th pick in the second round by the Portland Trail Blazers. His salary in his first year of the NBA was $250,000. Robinson stayed with the Trail Blazers from 1989 to 1997. He played for the Phoenix Suns from 1997-2001, the Detroit Pistons from 2001-2003, the Golden State Warriors from 2003-2005 and finally the New Jersey Nets from 2005 until his final year in the NBA, 2007. During his career, Cliff Robinson was an NBA All-Star once (in 1994), and a two time NBA All-Defensive Second Team. He scored 19,591 points, had 6,306 rebounds and 3,094 assists. Robinson's highest salary year was the 2002-2003 season when the Pistons paid him $8.42 million. In total he earned $62.5 million in salary as an NBA player. In Februrary of 2014, Cliff became famous again for joining the cast of Survivor: Cagayan. It is the 28th season of the hit reality show and takes place in Cagayan, Philippines. 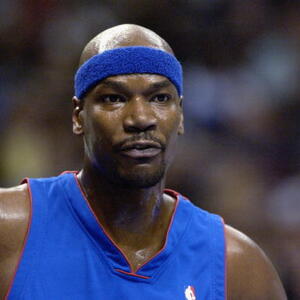