Chuck Person net worth: Chuck Person is an American former professional basketball player and coach who has a net worth of -$100 thousand. Chuck Person was born in Brantley, Alabama in June 1964. He was a 6'8″ small forward who played at Brantley High School and Auburn. Person was drafted #4 overall by the Indiana Pacers in the 1986 NBA Draft. He played for the Pacers from 1986 to 1992 and for the Minnesota Timberwolves from 1992 to 1994. Chuck Person played for the San Antonio Spurs from 1994 to 1998 and for the Charlotte Hornets in 1999 and finished his career with the Seattle SuperSonics from 1999 to 2000. He was named USA Basketball Male Athlete of the Year in 1984 and had his #45 retired by Auburn. He was named a third-team All-American in 1986 and was the NBA Rookie of the Year and made the NBA All-Rookie First-Team in 1987. Person was an assistant coach for the Cleveland Cavaliers from 2000 to 2001 and for the Indiana Pacers from 2005 to 2007, the Sacramento Kings from 2007 to 2008, the Los Angeles Lakers from 2009 to 2013, and Auburn from 2014 to 2017. He won an NBA championship in 2010 as a coach with the Lakers.

NCAA Bribery Scandal: During his career, Chuck earned $22 million in salary. Unfortunately he found himself flat broke in the decades after retiring. Financial problems led Chuck to be involved with an infamous NCAA bribery scheme that netted him $91,500 in bribes. He plead guilty in March 2019 to accepting bribes in exchange for directing Auburn college players to use certain financial advisors. His attorney explained that Person found himself broke after giving much of his money away to charity and to an ex-wife who was entitled to $30,000 per month in alimony, an amount that was calculated when he was still an NBA star. Paperwork showed that he earned just $18,000 per year working with the Cavaliers. When he landed a job at Auburn, a bank garnished 25% of his wages to repay a loan on a failed business investment. 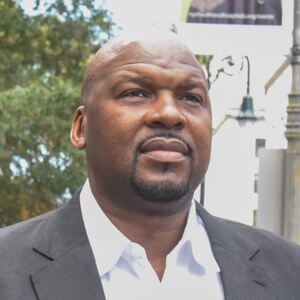