What is Chris Paul's net worth and salary?

Chris Paul is an American professional basketball player and who has a net worth of $160 million. According to his latest contract, Chris earns an annual salary of $30 million. He also earns $10-20 million per year from endorsements. During his career so far, Chris has played for the New Orleans Hornets, the Los Angeles Clippers, the Houston Rockets, the Oklahoma City Thunder and the Phoenix Suns. In August 2021, Chris signed a 4-year, $120 million contract with the Suns. By the end of that contract, his NBA career earnings will be $446 million.

Chris Paul was born on May 6, 1985 in Winston-Salem, North Carolina to Charles Edward Paul Sr. and Robin Jones. He has an older brother named Charles "C.J." Paul. Charles Sr. was a former athlete himself and taught his sons basketball and football during their childhoods. Paul attended West Forsyth High School in Clemmons, North Carolina, where, as a senior, he led his school's varsity basketball team to a 27–3 record. He was a 2003 McDonald's All-American and was named North Carolina's Mr. Basketball for 2003. He attended Wake Forest University in Winston-Salem after high school. For two weeks in his sophomore season at Wake Forest, the school was ranked number one in the nation for the first time in school history. In the last game of the year, in an incident that would marr Paul's image for a bit of time, Paul punched NC State guard Julius Hodge in the groin and received a one-game suspension for the ACC tournament. Paul played for two seasons at Wake before he announced in April 2005 that he would be hiring an agent, turning professional, and entering the 2005 NBA draft.

Chris Paul was selected in the first round of the 2005 NBA draft by the New Orleans Hornets with the fourth overall pick. Due to the devastation of Hurricane Katrina, the Hornets played most of their games in Oklahoma City for Paul's two first seasons with the team. Paul was selected to his first NBA All-Star Game in 2007-2008. Paul signed a contract extension with the Hornets worth $68 million prior to the start of the next season. In December that year he set the NBDA record for consecutive games with a steal. In February 2010, Paul tore cartilage in his knee and was sidelined for over a month by surgery, forcing him to miss the All-Star Game. The next year, he had another injury scare when he suffered a concussion after a collision with a Cavaliers guard, resulting in him being carried off the court on a stretcher.

In December 2011, the Hornets agreed to a three-team trade that sent Paul to the Los Angeles Lakers. Paul's arrival in Los Angeles rejuvenated the Clippers franchise, and teammate Blake Griffin commented that it "Put us on the map." The Clippers qualified for the playoffs that year. Paul re-signed his contract with the Clippers for five years prior to the start of the 2013-2014, in a deal that was worth $107 million. In the 2014-2015 season, Paul played in all 82 games for the first time in his career. In 2016, Paul missed 21 regular season games due to either rest or injury. At the end of that season, Paul was not awarded an All-NBA honor, marking just the second time since 2008 he failed to make an All-NBA team, and the first time in six years as a Clipper. 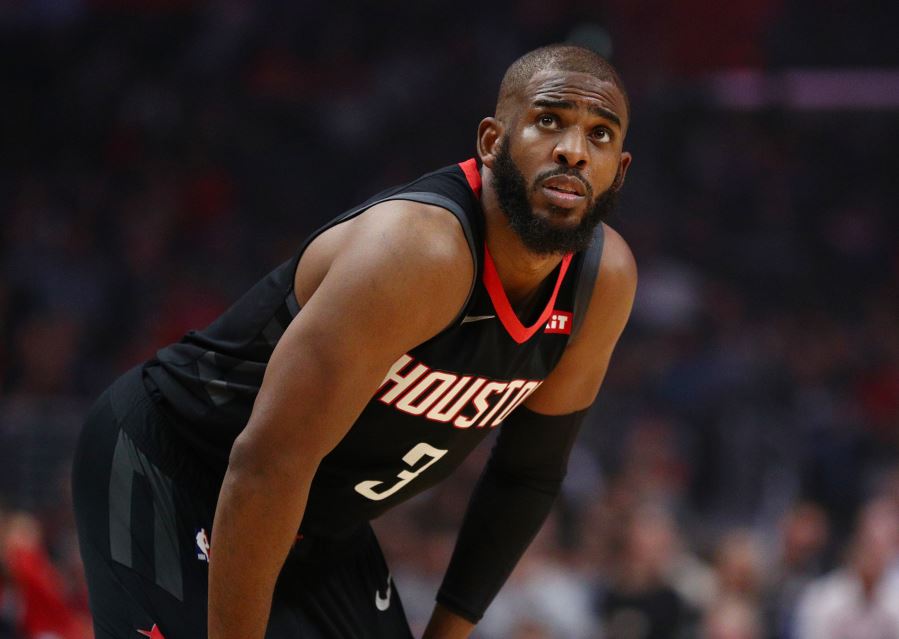 In June 2017, Paul was traded to the Houston Rockets. In his debut for the Rockets, he sat down on the bench to stretch and it was later revealed he was playing through a knee injury. Paul then missed the next 14 games. In July 2018, he signed a four-year, $160 million contract extension with the team. The next year, on July 16, 2019, the Rockets traded Paul to the Oklahoma City Thunder. He was then traded to the Phoenix Suns ahead of the 2021 season.

Throughout his NBA career, Paul has won the NBA Rookie of the Year Award, an NBA All-Star Game Most Valuable Player Award, and led the NBA in assists four times and steals six times. He has been selected to ten NBA-All-Star teams, eight All-NBA teams, and nine NBA All-Defensive teams.

In 2006, Paul made his debut for the U.S. national team at the 2006 World Championship in Japan. He finished the competition with 44 assists and helped Team USA win the bronze medal. Paul played a key role off the bench at the 2008 Olympics in Beijing, scoring 13 points in a gold medal game victory against Spain. The team finished the Olympics with a perfect 8-0 record. Pauled played as the starting point guard for the 2012 Olympics in London, leading Team USA to another gold medal and an undefeated tournament.

Paul married Jada Crawley, his college sweetheart, in September 2011. They have a son who was born in 2009 and a daughter born in August 2011. In November 2011, Paul and his family appeared on an episode of "Family Feud."

As far as other sports, Paul enjoys bowling and owns a franchise in the Professional Bowlers Association called LAX. Paul has hosted and participated in numerous celebrity and youth bowling events as the head of the CP3 Foundation, which benefits Louisianian programs affected by Hurricane Katrina, as well as charities throughout Winston-Salem. In 2018, Paul purchased a minority ownership stake in the Winston-Salem Dash, a minor league baseball team located in his town.

In 2012 Chris bought Avril Lavigne's Bel-Air mansion for a little under $8.5 million. He sold this home five years later for $8.7 million.

In 2015 he paid $9 million for a home in Calabasas, Ca. His immediate next door neighbor was Khloe Kardashian. He sold this home in 2018 for $11 million. 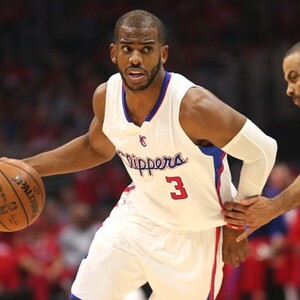