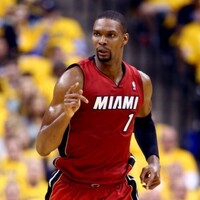 What is Chris Bosh's Net Worth and Career Earnings?

Chris Bosh is a retired American professional basketball player who has a net worth of $110 million. At the peak of his career he earned an annual salary of $26 million. Chris Bosh earned his net worth playing basketball with the Toronto Raptors and the Miami Heat of the National Basketball Association (NBA). During his career he earned more than $240 million in NBA salary alone.

Christopher Wesson Bosh was born on March 24, 1984, in Dallas, Texas, to Noel and Freida Bosh. He was raised in Hutchins, a Dallas suburb. He has a younger brother, Joel, and they would frequently play basketball together around the house growing up. As a child, Bosh also participated in karate and gymnastics, and up until high school he played baseball. He first came into contact with basketball at age four, when his father would take him to a gym where he played pick-up basketball games. In fourth grade, Bosh began learning how to play basketball seriously.

He attended Lincoln High School in Dallas, and excelled as both a student and athlete. He was not only a member of the National Honor Society, but also took part in several student engineering organizations. After he led his school to the number one ranking in the United States, as well as winning the USA Today National Championship, Bosh began to catch the eye of college recruiters. He was named High School Player of the Year by Basketball America, among other awards and titles he received. Schools like the University of Florida and the University of Memphis seriously recruited Bosh, but ultimately he chose to attend and play at Georgia Tech, under coach Paul Hewitt. His cousin and aunt had also attended Georgia Tech. While at college, he studied graphic design and computer imaging. However, he only stayed with Georgia Tech for one year, and left school after his freshman season to enter the 2003 NBA draft.

Bosh was selected by the Toronto Raptors as the fourth overall pick in the 2003 NBA draft. Other notable players in his draft class include LeBron James, Carmelo Anthony, and Dwayne Wade. He was signed to the Raptors on July 8, 2003. Shortly after though, the Raptors' starting center Antonio Davis was traded to the Chicago Bulls, which meant Bosh was forced to play his rookie season out of position as the team's starting center. Despite being outsized and up against stronger and more experience forwards and centers on opposing teams, Bosh stayed dedicated, and his commitment paid off. During his rookie season, he averaged 11.5 points, 7.4 rebounds, 1.4 blocks, and 33.5 minutes in 75 games; his stats led the record for all rookies in rounding and blocks. Additionally, the 557 rebounds he accomplished set a franchise record for most rebounds in a rookie season. As a result, Bosh was selected to be a member of the NBA All-Rookie First Team for the 2003-2004 season.

Bosh stayed with the Toronto Raptors from 2003 to 2010. During his time with the team, he achieved many accomplishments. He was named as one of the team's captains beginning in the 2005-2006 season, and was one of the players chosen to participate in the 2006 NBA All-Star Game, as only the third Raptor ever to make an All-Star game. He continued to make the All-Star Roster several more times, and in total between 2006 and 2016, he made the All-Star roster eleven times. By the time he left the Raptors in 2010, he was the franchise's all-time leader in statistics like points, rebounds, blocks, and minutes played, surpassing former Raptors leader and fan favorite Vince Carter. 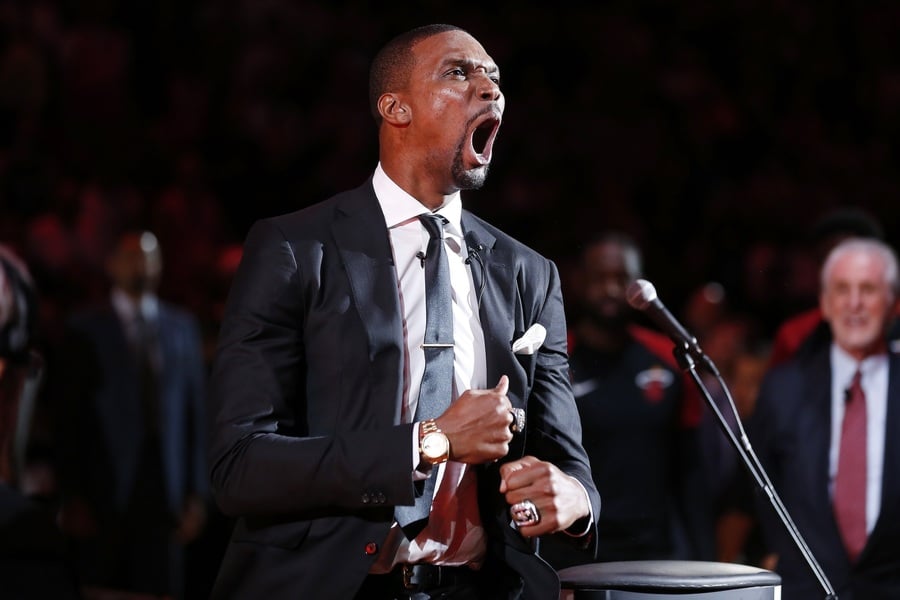 Sadly, Bosh had to end his professional basketball career in 2016 due to his diagnosis of a blood clotting condition. The condition was ruled by the NBA in 2017 to be a career-ending illness after he failed his physical exam in September 2016. Bosh still tried to fight against the NBA ruling and play for three more years, but in the meantime left the Heat in May 2017 after they reached an agreement for him to leave the team without his salary, thus freeing up the team's salary cap space for the upcoming 2017-2018 season. Ultimately, Bosh announced his official retirement in February 2019, and the Miami Heat retired his No. 1 jersey in March that year.

Outside of basketball, Bosh has made a name for himself in many other endeavors. He has made many appearances in films, shows, and documentaries. For example, he voiced the character Heimdall in an episode of the show "Hulk and the Agents of S.M.A.S.H." in 2014, and also appeared on the shows "Entourage" and "Parks and Recreation". He has also dabbled in music, and co-produced the song "Miss My Woe" by Gucci Mane with the record producer Rico Love.

Bosh also has his own foundation, the Chris Bosh Foundation, which he established in 2004. The organization's goals are to help and support youth in academics and athletics, and has programs in Toronto and Dallas. Additionally, he supports the non-profit code.org, and advocates for better computer literacy in schools.

Bosh married Adrienne Williams in July 2011. They have five children together. He also has a daughter, Trinity, from a previous relationship with Allison Mathis.