Charles Oakley net worth and salary: Charles Oakley is a retired American professional basketball player who has a net worth of $12 million. Charles Oakley earned his net worth from his career as a power forward of the NBA. During his career he earned approximately $42 million from salary. He played with the Chicago Bulls, New York Knicks, Toronto Raptors, Washington Wizards and Houston Rockets. He was born on December 18, 1963 in Cleveland, Ohio. He attended Virginia Union University. During his professional playing career he won several awards and honors and currently ranks 14th all-time in NBA games played, with 1,282 games. His other career honors include NBA All-Defensive First Team in 1994, NBA All-Defensive Second Team in 1998, NBA All-Rookie First Team in 1986 and NBA All- Star in 1994. Oakley's impressive career records include; top ten in rebounds per game between 1987 and 1994, led the league in total rebounds twice (1987 and 1988) and a record 107 starts in a single season. In 2007 it was announced that Oakley wanted to mount a comeback. He was 44 at the time. Dallas, Miami, Cleveland and New York were interested but he said he would not comeback cheap, and has not played professional basketball since.

In the decade after his career Oakley has been a somewhat controversial figure. He has largely been shunned by the New York Knicks organization and is not invited to team events because he has been vocally critical of the team. He also reportedly has to pay for his own tickets to games. On February 8, 2017 Oakley got into an altercation with Knicks owner James Dolan in the stands while a game was going on. Dolan called security to escort Oakley from the arena. Oakley was arrested after getting into a brief altercation with the security guards. 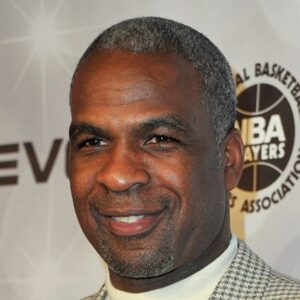