Cedi Osman net worth: Cedi Osman is a Turkish Macedonian professional basketball player who has a net worth of $6 million. He is best known for playing for the Cleveland Cavaliers.

Cedi Osman was born in Ohrid, Macedonia in April 1995. He is a 6'8″ small forward. Osman played for Anadolu Efes from 2011 to 2017 and was loaned to Pertevniyal from 2011 to 2013. During that time he won the Albert Schweitzer Tournament Most Talented Player in 2012 and was the FIBA Europe Under-20 Championship MVP in 2014. Cedi Osman was a three time BSL All-Star. In 2015 he won the Turkish Cup and the Turkish Supercup. Osman was drafted #31 overall by the Minnesota Timberwolves in the 2017 NBA Draft. He was traded to the Cleveland Cavaliers and has also played for the Canton Charge of the G-League. Cedi Osman has represented Turkey in international competition, winning gold medals at the 2013 European U-18 Championship and the 2014 European U-20 Championship. 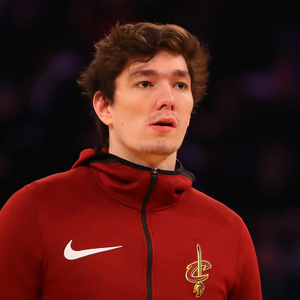