Caron Butler Net Worth: Caron Butler is an American professional basketball player who has a net worth of $26 million. Born in 1980 in Racine, Wisconsin, Caron Butler played high school basketball in his hometown and later at a high school in Maine. He attended the University of Connecticut, where he played basketball from 2000 until 2002.

Butler earned second-team All-American honors and was named Big East Player of the Year in 2002. The Miami Heat chose him with the tenth overall pick of the first round of the 2002 NBA Draft. He made his rookie debut later that year, playing with the Heat until 2004. Butler has played on several NBA teams, including the Los Angeles Lakers from 2004 until 2005, the Washington Wizards from 2005 until 2010, the Dallas Mavericks from 2010 until 2011, the Los Angeles Clippers from 2011 until 2013, the Milwaukee Bucks from 2013 until 2014, and the Oklahoma City Thunder in 2014. Butler played for the Detroit Pistons from 2014 to 2015 and for the Sacramento Kings from 2015 to 2016. He won an NBA championship with the Dallas Mavericks in 2011. Butler earned first-team All-Rookie honors in 2003 and was a two-time NBA All-Stat from 2007 until 2008. He played on the U.S. men's national team, earning a gold medal at the FIBA U21 World Championship in Saitama in 2001. Butler has said that his Christianity saved his life; as a child, he tried to get on a better path by reading the Bible, and was inspired to play basketball after spending time locked up in a juvenile institution. Butler owns several Burger King franchises. He is married to his wife, Andrea. 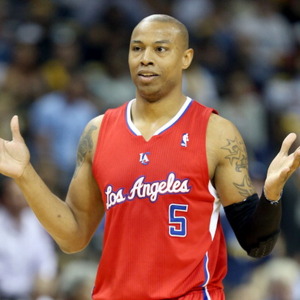