Calvin Murphy net worth: Calvin Murphy is an American former professional basketball player who has a net worth of $3 million. Calvin Murphy was born in Norwalk, Connecticut in May 1948. He was a 5'9″ guard who was a world class baton twirler before his basketball career. He played basketball for Norwalk High School and Niagara University where he was a two time Consensus first-team All-American.

Murphy was drafted #18 by the San Diego Rockets in the 1970 NBA Draft. He played his entire NBA career from 1970 to 1983 with the San Diego / Houston Rockets. Murphy was named to the NBA All-Rookie First Team in 1971. In 1979 he was named an NBA All-Star and won the J. Walter Kennedy Citizenship Award. Murphy's #23 jersey was retired by the Houston Rockets and he was inducted into the Naismith Basketball Hall of Fame in 1983. He is the shortest NBA player to be inducted and to play in an NBA All-Star Game. Murphy hosts the ESPN radio show The Calvin Murphy Show and is a member of the Rocket's TV broadcast team. 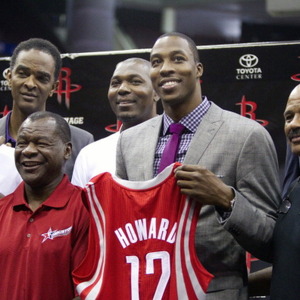