He was drafted #10 overall by the Portland Trailblazers in the 2013 NBA Draft. C.J. McCollum played for Portland for his first five seasons and had a brief stint with the D-League team the Idaho Stampede. In 2016 he was named the NBA Most Improved Player and in 2017 he was the NBA free-throw percentage leader. During his first five NBA seasons he averaged 17.2 points per game with 3.0 rebounds and 2.9 assists per game. Between June 2017 and June 2018, C.J. McCollum earned $25 million between salary and endorsements. 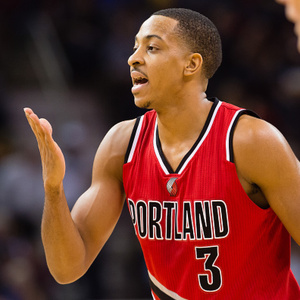