Bryant Reeves Net Worth: Bryant Reeves, also known as "Big Country", is retired American professional basketball player who has a net worth of $20 million. During his NBA career, Bryant earned around $55 million in salary alone. His highest-earning season was 2002-2003 when he earned $12.999 million with the Memphis Grizzlies.

Bryant Reeves was born in Fort Smith, Arkansas, in 1973, and played college basketball at Oklahoma State University from 1991 until 1995. Reeves was a three-time member of the All-Big Eight first-team from 1993 until 1995 and a two-time Big Eight Player of the Year in 1993 and 1995. The Vancouver Grizzlies drafted Reeves with the sixth overall pick of the first round of the 1995 NBA Draft. Reeves played every game of his pro career with the Grizzlies until he hung it up in 2001 after suffering severe back pain during the preseason and being stretchered off the court. Reeves finished his professional career with 4,945 points, 2,745 rebounds, and 302 rebounds. He battled weight issues throughout much of his career, which dramatically hampered his production following the 1998 season. The seven-foot, 275-pound center started 341 of his 395 career games. He never suited up for the team after their move from Vancouver, Canada to Memphis, Tennessee. Since his retirement in the middle of the 2001 season, Reeves has lived outside of Gans, Oklahoma, on a cattle ranch with his wife and their three children. 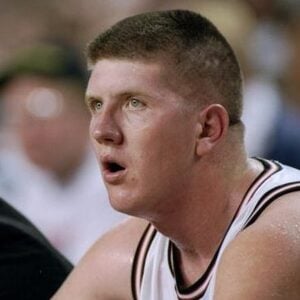