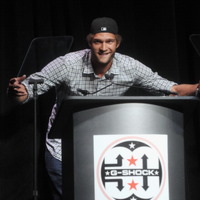 Brook Lopez Net Worth: Brook Lopez is an American professional basketball player who has a net worth of $14 million. Brook Lopez was born in North Hollywood, California in April 1988. Lopez is a 7'0″ center. Brook has a twin brother Robin Lopez who is also a professional basketball player. In high school Lopez was a McDonald's All-American selection. Brook and his brother Robin attended Stanford University where Brook was an All-Pac-10 Honorable Mention and was named to the All-Pac-10 Freshman Team. His sophomore year Brook was named to the All-Pac-10 First Team and the All-American Third Team. Brook Lopez was drafted #10 by the New Jersey Nets in the 2008 NBA Draft and he has played for the New Jersey/Brooklyn Nets since then. He was named to the NBA All-Rookie First Team in 2009 and was selected as an NBA All-Star in 2013. Lopez signed a four year deal worth $61 million with the Nets in 2012.