His first year there he was the only player to start the team's entire 28-game season. Scalabrine then went on to play professional basketball, starting with the New Jersey Nets. However, he was injured and missed out on the team's first days of training camp. Then in 2005, he signed a contract with the Boston Celtics, which was to last five years. After which he transferred to play for the Chicago Bulls. During the NBA lockout, he signed with the Italian team, Benetton Treviso, but left to return to American basketball after the lockout was resolved in December of 2011. It was at this time that he returned to play with the Bulls in what would be his last season. Though he was offered an assistant coaching job with the team, he turned in down in order to become a sports commentator in New England. He has been married to Kristen Couch since 2003, with whom he has two kids. 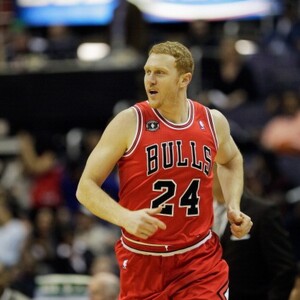