Brandon Roy net worth: Brandon Roy is a retired American professional basketball player who has a net worth of $35 million and annual salary of $14.9 million. Born in Seattle, Washington, Brandon Roy began playing basketball as part of the Amateur Athletic Union. He proved to be quite talented and considered entering the draft directly out of high school, but ultimately decided to attend college. A learning disability made the SATs quite difficult, but after multiple attempts, he was able to pass and began college at the University of Washington. He graduated in 2006 and was immediately drafted by the Minnesota Timberwolves and then traded to the Portland Trailblazers. He immediately proved himself with the Trailblazers, and even though an injury kept him on the bench for 20 games, he finished the season with the highest scoring average per game of any rookie. He continued to play well for the Trailblazers for the next four seasons, but multiple injuries, especially to his knees, ultimately cut his basketball career short. He chose to retire in 2011. 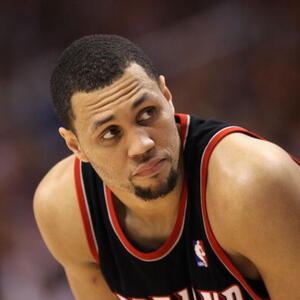