Jennings was the #1 ranked high school prospect by ESPNU and Scout.com. After intending to play at USC and then the University of Arizona, Jennings signed with Lottomatica Roma in Italy. He also signed Under Armour for $2 million. In 2009 he was the #10 pick by the Milwaukee Bucks in the NBA Draft. He was the first player who did not attend college but played professionally in Europe to be drafted to the NBA. As a rookie he scored 55 points in a game to break Kareem Abdul-Jabbar's rookie record with the team. He was named to the NBA All-Rookie First Team in 2010. He was traded to the Detroit Pistons where he spent the 2013-14 season. In January 2014 Jennings tied the Pistons' record for most assists in a half with 16. He has averaged better than 16 points and 6 assists in his first 5 seasons in the NBA. 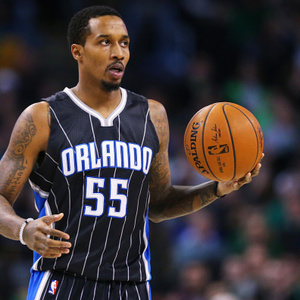