Brad Miller is a former American basketball player who has a net worth of $45 million. Born on April 12, 1976 in Kendallville, Indiana, Miller studied at Purdue University where he began playing college basketball under head coach Gene Keady with who he participated in the Big Ten Conference. At seven feet tall, Miller started his professional basketball career as a center with Bini Viaggi Livorno in Italy, followed by the Charlotte Hornets later that year in 1998.

In 2000, Miller joined the Chicago Bulls, followed by the Indiana Pacers in 2002, the Sacramento Kings in 2003, a return to the Chicago Bulls in 2009, the Houston Rockets in 2010, the Minnesota Timberwolves in 2011, and the New Orleans Hornets and Phoenix Suns during the 2012 offseason. Miller is a two-time NBA All-star and helped the United States team earn bronze medals in both the 1998 and 2006 World Championships in Greece and Japan. Miller's history with substance abuse violated the league policy, and 2008 he was suspended for five games. With a total of six NBA teams played for, he is notorious for his lack of permanence with each team. Brad Miller is currently married to Abby Robinson and has one child by the name of Anniston Rose Miller. 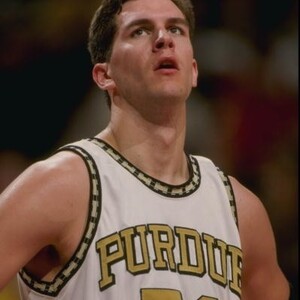