He was only 16 years old as a freshman and was a two-time All-ACC first team selection and a first team All-American. In his senior year he averaged over 20 points a game. Daugherty was named to the ACC 50th Anniversary men's basketball team in 2002 and was also inducted into the North Carolina Sports Hall of Fame. Brad was the #1 pick in the 1986 NBA Draft by the Cleveland Cavaliers. He played his entire career for the Cavaliers. As a rookie he was selected to the NBA All-Rookie First Team and in 1992 he was named to the All-NBA Third Team. Daugherty was a five time NBA All-Star. He retired in 1994 with over 10,000 points and 5,000 rebounds. Daugherty's #43 was retired by Cleveland in 1997. After basketball Brad Daugherty has invested in car dealerships, commercial real estate, and waste management. He works for ESPN as a NASCAR and college basketball analyst. He co-owned a NASCAR Camping World Truck Series team and is part owner of JTG Daugherty Racing. 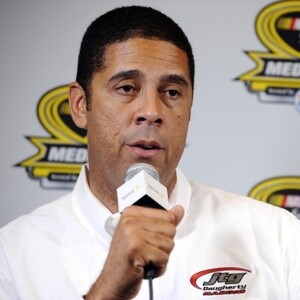