Boris Diaw Net Worth: Boris Diaw is a French professional basketball player who has a net worth of $22 million. Born in Cormeilles-en-Parisis, Val-d'Oise, France, in 1982, Boris Diaw is a six-foot-eight, 250-pound power forward/center. He played high school basketball in France and competed in the LNB Pro A league before the Atlanta Hawks drafted him with the 21st overall pick during the 2003 NBA Draft.

Diaw played with the Hawks until 2005 when he joined the Phoenix Suns until 2008. He later played with the Charlotte Bobcats (2008-2012), JSA Bordeaux in France (2011), and the San Antonio Spurs. Diaw has been with the Spurs since 2012, and currently plays with San Antonio as of October of 2014. He earned French League Rising Star honors in 2002 and was named the French Player's MVP a year later. In 2006, Diaw was the league's Most Improved Player while playing with the Suns, and he was part of the Spurs' 2014 NBA Championship-winning team. Diaw competed internationally with the French national team, earning a gold medal at the 2013 FIBA EuroBasket in Slovenia and a bronze at the 2014 World Cup in Spain. He is the founder of the non-profit group, Babac'Ards, which helps Senegalese children get involved in sports and gain better educational opportunities. 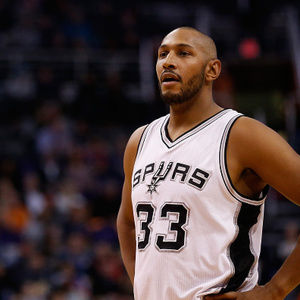