Bol Bol net worth, salary and contract: Bol Bol is a Sudanese American professional basketball player who has a net worth of $1 million. Bol Bol was born in Khartoum, Sudan in November 1999. He is a 7'2″ center who is the son of Manute Bol.

Bol Bol played at Findlay Prep High School where he was a McDonald's All-American and participated in the Jordan Brand Classic and the Nike Hoop Summit in 2018. Bol Bol played his college basketball at Oregon from 2018 to 2019. He was drafted #44 overall by the Miami Heat in the 2019 NBA Draft. He grew up in Kansas and played at multiple high schools before ending up at Findlay Prep. He only played nine games at Oregon where he averaged 21 points per game along with 9.6 rebounds per game and 2.7 blocks per game. Bol Bol was a finalist for the United States FIBA Under-19 Basketball World Cup in 2017 but did not make the team. 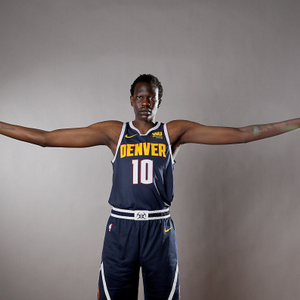