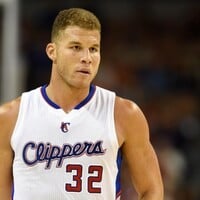 What is Blake Griffin's Net Worth and Salary?

Blake Griffin is an American professional basketball player who has a net worth of $110 million. Blake Griffin started his career with the Los Angeles Clippers before moving to the Detroit Pistons in 2018. Over the course of his career, he has made the NBA All-Star team a total of six times. He is also a former winner of the NBA Slam Dunk Contest and a former NBA Rookie of the Year. He has been called one of the greatest rookies ever to appear in the NBA.

In his first decade in the NBA, Blake earned $160 million in NBA salary alone. His per-season salary topped $30 million for the first time in 2018 when he earned $32.1 million from the Pistons.

Blake is also one of the highest-paid athlete endorsers in the world, courting lucrative sponsorship deals with brands including Kia, Subway, AT&T, Vizio and Nike.

In a typical year he earns $6-10 million from his endorsements. When combined with his NBA salary, Blake can easily earn $35-40 million in a single year.

Blake Griffin was born on March 16th of 1989 in Oklahoma City, Oklahoma. His father Tommy played basketball at Northwestern Oklahoma State University. His mother Gail homeschooled him and his brother from grade one until Blake was ready to attend high school. Blake learned how to play basketball from an early age, and he was taught by his father. That being said, he also enjoyed playing baseball and football as a young lad.

When Griffin arrived at high school, he played on the school basketball team with his brother Taylor (who also became a professional basketball player). His father was the coach of the team. Griffin quickly showed his potential as a high school player, leading the team on long undefeated runs and eventually earning numerous honors.

His older brother attended the University of Oklahoma on a basketball scholarship, and he told head coach Jeff Capel about Blake. Capel was eager to recruit Griffin and successfully convinced him to join on a scholarship after he had finished his high school basketball career on a high. Blake quickly became one of the most decorated players the team ever saw. A few injuries set him back at the beginning, but Griffin bounced back and made the All-Rookie team. All-American First Team honors soon followed, and Griffin was setting records left right and center as a college basketball player. He eventually left the Sooners with countless honors to his name, including College Player of the Year.

In 2009, Griffin was selected as first overall pick by the Los Angeles Clippers. Although a knee injury set him back during the first season, he eventually followed up with an incredible second season and made the All-Star game. In 2011, he won the Slam Dunk Contest. This led to many publications naming him "the greatest rookie of all time." The next year, he made the All-Star team once again and continued to do so for many years to come.

Before the 2013-14 season, the Clippers hired head coach Doc Rivers. After Donald Sterling was banned from the NBA for life, he was forced to sell the team for $2 billion to Microsoft CEO Steve Ballmer. From 2015 to 2018, Griffin struggled with many injuries. He was also embroiled in controversy after striking a member of the Clippers' equipment staff in anger.

In 2018, Griffin was traded to the Detroit Pistons. Although he started strong, Blake missed the final eight games of the season due to injury. Later in 2018, he scored a career-high score of 50 points in a game against the 76ers. However, injured continued to plague him, and in January of 2020, it was announced that Blake Griffin was expected to miss the rest of the season. 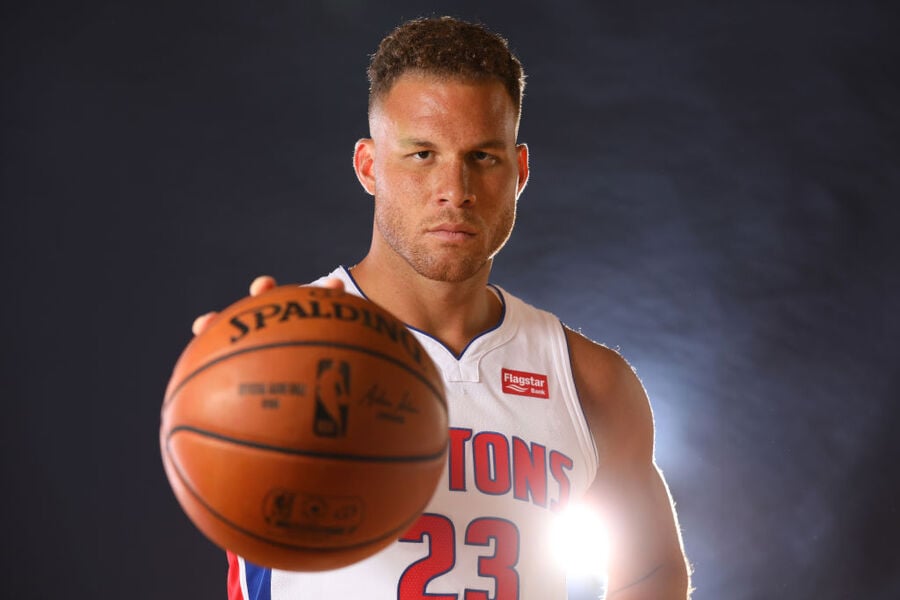 Although Blake Griffin was initially engaged to Brynn Cameron, they called off the wedding and separated. During their relationship, they had two children together. After their separation, rumors started to fly about how much Cameron was receiving in child support each month, with some estimates reaching as high as $250,000.

In 2014, Blake was charged with misdemeanor battery after an incident involving a man who was allegedly filming the Clippers players with his cell phone. Reports stated that Griffin assaulted the man and took away his cell phone. However, the charges were dismissed in 2015 due to a lack of evidence.

Blake Griffin signed a deal in 2011 with Panini America that allowed the company to sell memorabilia with his autographs. Blake Griffin was also on the cover of the video game "NBA 2K13." In addition, he has appeared in commercials for brands such as Kia, Subway, Vizio, and GameFly.

Outside of basketball, Griffin has amassed a few acting credits. His first role came in 2016 when he appeared in an episode of "Broad City." He then followed up in 2017 with a role in the film "The Female Brain." Critics have generally praised his performances, and they make special note of his deadpan delivery style.

In 2019, Griffin acquired a property in the Manhattan Beach neighborhood of Los Angeles for $4.15 million. The property features 3,598 square feet of living space, a marble steam shower, and small balconies connected to the master suite. Griffin has been trying to sell a property in Pacific Palisades since 2018, and he eventually lowered the asking price from $12 million to $10.995. This Pacific Palisades home features a basketball court and a saltwater pool. In 2019, he also purchased a property in Studio City for $2.1 million.

In 2020, it was reported that Blake Griffin had purchased a property in Brentwood, Los Angeles for $19.1 million. Located in a gated community just off Sunset Boulevard, this estate sits on .65 acres of land. In case you weren't keeping count, this means that Griffin owns a total of four properties in the greater Los Angeles area. His real estate portfolio is allegedly worth approximately $35 million.