Bismack Biyombo net worth: Bismack Biyombo is a Congolese professional basketball player who has a net worth of $10 million. Bismack Biyombo was born in Lubumbashi, Congo in August 1992. He is a 6'9″ center who played for Fuenlabrada-Getafe Madrid in Spain in 2009. Biyombo remained in Spain and played for CB Illescas from 2009 to 2011 and for Baloncesto Fueniabrada in 2011. He was selected #7 by the Sacramento Kings in the 2011 NBA Draft but was traded to the Charlotte Bobcats / Hornets where he played from 2011 to 2015. Biyombo has played for the Toronto Raptors since 2015. He helped Toronto reach the conference finals for the first time. 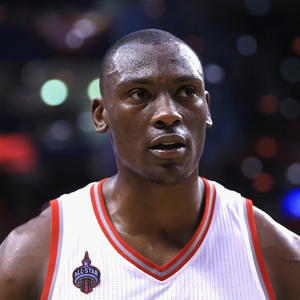