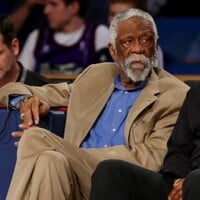 What was Bill Russell's net worth?

Bill Russell was a legendart American basketball player who had a net worth of $10 million at the time of his death. Bill Russell died on July 31, 2022 at the age of 88.

Bill Russell is considered one of the best professional basketball players and overall athletes of all time. He was the first African-American player to gain superstar status. Bill Russell played in the NBA for the Boston Celtics from 1956 to 1969, winning 11 NBA championships in the process. A five-time MVP and 12-time All-Star, he was the first black player to achieve superstar status in the NBA. Additionally, Russell captained the gold medal-winning US basketball team at the 1956 Summer Olympics.

Despite his achievements, Russell constantly battled with racism. For his outstanding contributions to the NBA, Russell was inducted as a member of Naismith Memorial Basketball Hall of Fame and the National Collegiate Hall of Fame.

Bill Russell was born in 1934 in Monroe, Louisiana to Katie and Charles. When Russell was eight, the family moved to Oakland, California, where they lived in a series of public housing projects. His mother passed away not long after. As a teen, Russell attended McClymonds High School, where he won back-to-back state championships as a basketball player his junior and senior years. Although he was mostly ignored by college recruiters, Russell received a lone offer from the University of San Francisco, to which he received a scholarship. At USF, he became the centerpiece of a team that developed into a major force in college basketball, winning the NCAA championships in both 1955 and 1956. Outside of basketball, Russell also represented USF in track and field. He especially excelled in the high jump; in 1956, he was ranked the seventh best high-jumper in the world.

Before he started in the NBA, Russell served as the captain of the US basketball team at the 1956 Summer Olympics in Melbourne. Under head coach Gerald Tucker, he helped the team win the gold medal by defeating the Soviet Union 89-55 in the final game. Overall, the team dominated the tournament, winning by an average of 53.5 points per game.

Russell played his first game with the Boston Celtics in December of 1956, against the St. Louis Hawks. Thanks in large part to his powerful defense, the Celtics finished the season with a 44-28 record, the team's second best record since it began play in the 1946-47 season. Subsequently, in Game 1 of the Eastern Division Finals, Russell finished with 16 points and 31 rebounds, leading the Celtics to sweep the Syracuse Nationals and earn the franchise's first appearance in the NBA Finals, which it ultimately won. More success followed the next season, when the Celtics won 14 consecutive games. Russell averaged 16.6 points per game, as well as a league-record average of 22.7 rebounds per game. For the 1958-59 season, the Celtics broke a league record by winning 52 games. The team went on to recapture the NBA title.

The Celtics broke their record again in 1960, winning 59 games in the regular season. In that year's Finals, the team won its third championship in four years. This was the beginning of a legendary run for the Celtics, as the team went on to win seven more consecutive NBA championships, a streak unmatched in any US professional sports league. During this time, Russell became known for his extraordinary shot-blocking, man-to-man defense, and rebounding. 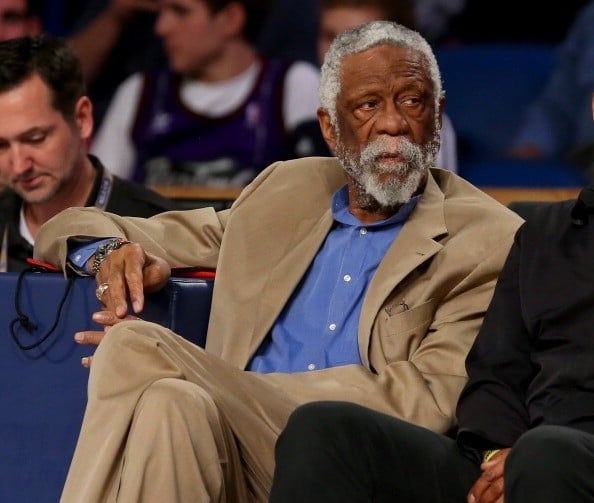 With Celtics coach Red Auerbach retiring before the 1966-67 season, Russell was appointed as the new head coach, making him the first black head coach in the history of the NBA. The ensuing season would be the first real loss of Russell's career, as the Celtics were dominated by the Philadelphia 76ers and the ascendant Wilt Chamberlain. Russell bounced back to victory as a player during his penultimate season. Once again facing off against the 76ers in the Eastern Division Finals, the Celtics began with a 3-1 deficit. However, the team rallied back, winning the next three games in incredible come-from-behind fashion. Subsequently, the Celtics beat the Lakers in the NBA Finals, giving Russell his tenth championship title.

Despite his resurgent success, Russell reached a breaking point in his final season; shook by the assassinations of Martin Luther King Jr. and Robert F. Kennedy and disillusioned by the Vietnam War, he became convinced that he was wasting his time on something as insignificant as basketball. As a result, he gained weight, skipped NBA coach meetings, and lacked energy on the court. However, he managed to pull himself together in the end, leading the Celtics once again to the NBA Finals against the Lakers. Winning in a narrow victory, Russell earned his historic 11th championship in 13 years.

Following his retirement as a player, Russell became head coach of the Seattle SuperSonics from 1973 to 1977, and the Sacramento Kings from 1987 to 1988. Neither stint was particularly successful. Beyond coaching, Russell became a vegetarian, took up golf, and served as a color commentator on CBS and TBS. In 1979, he hosted "Saturday Night Live." In the 90s, he made very few public appearances, living as a near-hermit in Mercer Island, Washington.

Russell wed his college sweetheart Rose Swisher in 1956. Together, they had three children: Karen, William Jr., and Jacob. The couple divorced in 1973.

In 1977 Bill Russell married former Miss USA Dorothy Anstett. They got divorced in 1980. In 1996, Russell wed Marilyn Nault, whom he was with until her passing in 2009.