Bill Laimbeer net worth and salary: Bill Laimbeer is an American former professional basketball player and a professional basketball coach who has a net worth of $13 million dollars. Laimbeer is probably best known for being a hard-lining, hard-headed brute enforcer for the legendary "Bad Boys" Detroit Pistons NBA team. Laimbeer won two NBA championships alongside the likes of Isaiah Thomas, Dennis Rodman, Rick Mahorn, and John Salley.

Early Life: Bill Laimbeer was born in Boston, Massachusetts on May 19, 1957. He was raised in Chicago, Illinois in an upper-middle class family. Prior to playing in the NBA, Laimbeer played for the University of Notre Dame as well as Palos Verdes High School in an upscale area of Southern California. During college, Laimbeer flunked out of Notre Dame after his freshman year, perhaps lacking the mental capacity to play hoops and complete his course load simultaneously, initially. To regain eligibility, Laimbeer would spend two semesters at Owens Technical College, located in Toledo, Ohio.

Laimbeer would finally gain the confidence to re–enter Notre Dame, spending two years playing for their basketball team. During the last two years of Laimbeer's college career, he averaged 7.3 points, which wasn't particularly of interest to NBA scouts. However, he did manage to average 6.0 rebounds per game playing primarily as a substitute. Laimbeer and the Fighting Irish would make an appearance in the NCAA Final Four Tournament in 1978, as well as the Elite Eight bracket of the famed college basketball tourney in 1979.

NBA Career: Laimbeer graduated from the University of Notre Dame, and was drafted by the Cleveland Cavaliers in 1979. Laimbeer spent a year playing basketball in Italy, perhaps as a way of posturing himself to play in the NBA. He returned to the United States and re-joined the Cavaliers after his Italian league play. He was subsequently traded to the Detroit Pistons in 1982.

While the Cavaliers Laimbeer may not have found Laimbeer's talents useful, he ended up being a major asset to the Pistons with his goon-style play. With Laimbeer's 6'11" frame, and penchant for highly physical play, he made the Pistons' defense a touch more formidable for potent offenses like the Los Angeles Lakers and, later, the Chicago Bulls. 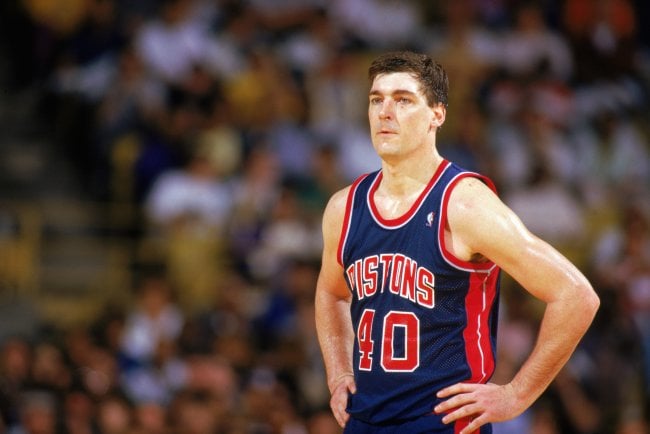 Over the course of Laimbeer's playing career, he was considered one of the most notorious players in the NBA — especially for his continuous feuds with the great Larry Bird. Laimbeer was highly popular among Piston fans, but he was actually totally despised by most NBA players who had to play against him, especially for his malicious intent on the court and willingness to do what other players wouldn't in order to stay on the court.

Laimbeer's legacy as an NBA player is his disdain for opponents, especially players superior to him, not to mention his poor sportsmanship. Laimbeer's dangerous style of playing and violent intentional fouls would be deemed unacceptable in the league today, so Laimbeer continues to come off more as a relic of a lost era. Laimbeer's penchant for physical play has overshadowed his actual skills and craftsmanship on the court. Even Laimbeer's former teammate, fellow Piston Bad Boy Dennis Rodman, mentioned Laimbeer by name, in his book "Bad as I Wanna Be", claiming that "[Laimbeer] was more than a thug, but that's what he'll be remembered for."

Laimbeer went on to lead the league in rebounds and free throw percentage multiple times. Over the course of his career Laimbeer managed to record more than 10,000 points and over 10,000 rebounds. Laimbeer's defensive prowess earned him NBA All-Star honors four times, although he'd always be exposed as an inferior player when put up against the league's finest, like Michael Jordan, Magic Johnson, and Larry Bird.

WNBA Coaching Career: After his retirement, Laimbeer would go on to coach the Detroit Shock (2002 to 2009). He is currently the General Manager for the New York Liberty.

Laimbeer coached the Detroit Shock to three league championships (2003, 2006, and 2008). He was also the head coach of the New York Liberty (2013 to 2017) and has since operated as head coach of the Las Vegas Aces since 2018. Laimbeer has twice been named the WNBA's Coach of the Year. 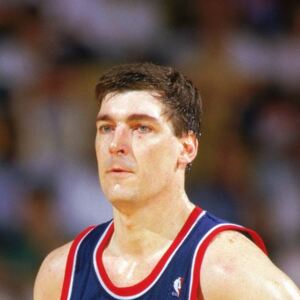