Ben Wallace net worth and salary: Ben Wallace is an American professional Basketball player who has a net worth of $50 million. Ben Wallace earned his net worth as a center and power forward for several NBA teams including the Washington Bullets, Orlando Magic, Chicago Bulls and more recently the Detroit Pistons.

Wallace also played basketball at Cuyahoga Community College and then Virginia Union University. He was signed as a rookie agent by the Washington Bullets in 1996. Three years later, he was traded to the Orlando Magic, where he stayed for one season. By 2000, the 6ft9 player was traded to Detroit Pistons. During his time with the team, Alabama-born Wallace won the NBA Defensive of the Year four times and was selected to six All-Defensive teams. He was responsible for the team's 2004 NBA finals victory, defeating the Los Angeles Lakers. In 2006, Wallace signed a four-year contract worth $60 million with the Chicago Bulls before moving to the Cleveland Cavaliers in 2008. He returned to the Pistons in 2009, resigning as a free agent for a year and agreed to a two year deal in 2010. Wallace made NBA history as he played his 1055th game in February 2012, breaking the record held by Avery Johnson. On the same day he made history, Wallace announced his plan to retire at the end of 2011-2012 season. 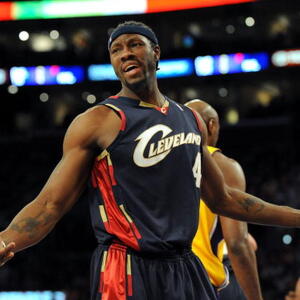