Ben Gordon Net Worth and salary: Ben Gordon is a British-American professional basketball player who has a net worth of $20 million. He was born Benjamin Gordon on April 4, 1983, in London, England. During his career, Ben earned around $84 million in pre-tax salary playing shooting guard for the Chicago Bulls, Detroit Pistons, Charlotte Bobcats and Orlando Magic of the National Basketball Association (NBA). Shortly after his birth, Gordon was taken by his Jamaican parents to New York where he would put his athletic skills on full display. At first, he excelled in high school basketball leading his team, the Mount Vernon Knights, to the 2000 New York State Public and Federation Championships. Gordon then went on to play college basketball for the University of Connecticut, primarily as a shooting guard and point guard. After his junior year, he was selected by the Chicago Bulls in the 2004 draft,  helping them in his rookie year to their first playoff appearance. Thus, he became the only player to receive the NBA Sixth Man of the Year Award as a rookie. What's more, he ranked second in career three point field goals for the Chicago Bulls, coming right after Kirk Hinrich. Ben's NBA career ended after the 2014-2015 season. 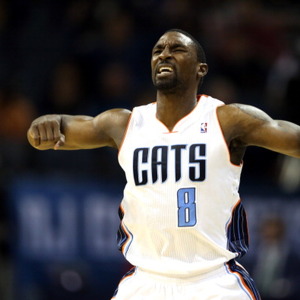