What is Baron Davis' net worth?

Baron Davis is an American professional basketball player who has a net worth of $60 million dollars. In college, he played for UCLA before going professional his sophomore year. Beginning in the NBA with the Charlotte Hornets, he subsequently played for the Golden State Warriors, Los Angeles Clippers, Cleveland Cavaliers, and New York Knicks.

Baron Davis was born in 1979 in Los Angeles, California, and grew up in the South Central area. With the encouragement of his grandmother and guardian, Lela Nicholson, he enrolled at the prestigious Crossroads School in Santa Monica. As a senior, he led his school team to the championship of the Beach Ball Classic tournament, receiving MVP honors and a spot on the All-Tournament team. In 1997, he was also chosen to play in the McDonald's All-American High School Basketball Game.

Facing offers from a number of top colleges, Davis ended up choosing UCLA as his school of choice. In 1998, he was named the Pac-10 Freshman of the Year, and in 1999, made the Third Team All-America. Over his two years at UCLA, Davis averaged 13.6 points and 5.1 assists.

In 1999, Davis was drafted with the third pick by the Charlotte Hornets. His NBA debut against the Orlando Magic saw him scoring nine points in a 100-86 victory. Later, the team lost to the 76ers in the first round of the playoffs. Greater success for Davis came in the following season, when he was able to increase his averages in points, assists, and steals. He led the Hornets into the playoffs, and swept the Miami Heat before being defeated by the Milwaukee Bucks. In 2001, at a game against the Bucks at the Bradley Center, Davis made the longest shot in NBA history at 89 feet, with 0.7 seconds remaining in the third quarter. For the following season, Davis averaged 18 points and 8.5 assists per game. Once again, he led the Hornets to the playoffs, but lost in the second round to the New Jersey Nets.

In 2002, the Hornets relocated from Charlotte to New Orleans. Although Davis had multiple injuries that limited his season, he still managed to lead the team back to the playoffs, losing this time to the 76ers. The next season, the team was eliminated from the first round of the playoffs by the Heat.

Following tensions with the Hornets, as well as his many injuries, Davis was traded to the Golden State Warriors in 2005. He continued to suffer from injuries with the Warriors, but was nevertheless able to lead the team to its first playoff appearance since 1994. The Warriors ended up sweeping the regular season series against the Dallas Mavericks, with Davis averaging 25 points per game. During the playoffs, Davis received notice for his many acrobatic layups and a buzzer-beating three-pointer from half court. However, the Warriors were ultimately defeated by the Utah Jazz.

In a 2008 playoff elimination game against the Phoenix Suns, Davis was benched by coach Don Nelson for his poor performance. Following this, Davis' agent suggested the possibility of opting out of his contract to pursue other options, which Davis ended up doing.

In July of 2008, Davis signed a $65 million five-year contract with the Los Angeles Clippers. During his first year, Davis suffered more injuries, and was only able to play 65 games. His second season with the Clippers was more successful, as he reached his 5,000-assist mark. During his third season, however, he had run-ins with both the coaching staff and Clippers owner Donald Sterling; as a result, he was traded from the team. 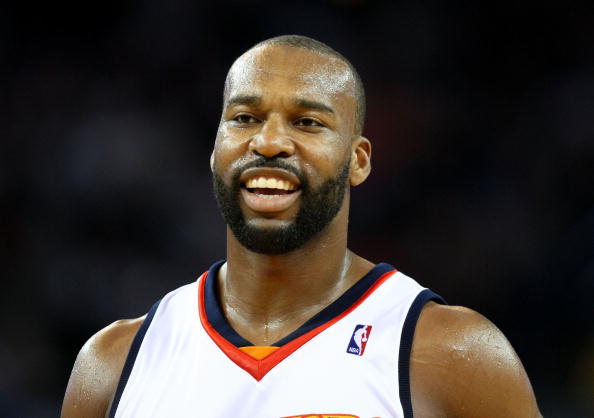 Davis was traded to the Cleveland Cavaliers in 2011; in his debut with the team, he scored 18 points in a win over the New York Knicks. Although the Cavaliers had the worst record in the NBA at the time, Davis brought the team to many victories, including a 102-90 upset over the Miami Heat. In December of 2011, after drafting Kyrie Irving for the starting point guard position, the Cavaliers waived Davis through the amnesty clause.

Following his short tenure with the Cavaliers, Davis signed a one-year contract with the New York Knicks. However, due to a herniated disk, he didn't make his debut with the team until February of 2012. In May of that year, during game four of the first round of the playoffs against the Heat, Davis injured his right knee and was taken off the court on a stretcher; he subsequently underwent surgery.

In the summer of 2012, Davis became a free agent. He returned to the court in 2015, playing for the Drew League. The next year, he signed a contract to play in the NBA Development League, and was acquired by the Delaware 87ers for the end of the 2015-2016 season. Following this, Davis participated in the 2017 NBA Celebrity All-Star Game. Since 2017, Davis has been a regular panelist on TNT's Monday coverage of the NBA.

Beyond the NBA, Davis has built a steady career in the film and television industry. He has been in such movies as "The Cookout" and "That's My Boy," and guest-starred on the television shows "Lincoln Heights," "The Forgotten," and "Mozart in the Jungle." Additionally, with his high school friend Cash Warren, he formed a production company called Verso Entertainment.

In 2014, Davis wed Isabella Brewster, with whom he had two children. Isabella's sister is actress Jordana Brewster. After splitting in 2017, Davis was seen dating actress Laura Dern.

On the business side of things, Davis created the Black Santa Company, which sells shirts, beanies, and a variety of holiday products. He also established the gaming company 5 Balloons Interactive with former EA Sports employee Sean O'Brien. 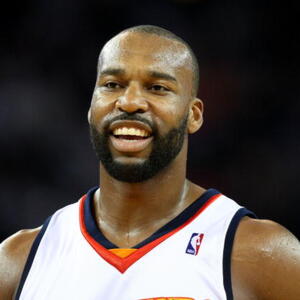