Austin Rivers played at Winter Park High School where he was named Florida Mr. Basketball and was a McDonald's All-American, a first-team Parade All-American, and the Naismith Prep Player of the Year. Rivers played his college basketball at Duke where he was the ACC Rookie of the Year and made first-team All-ACC, third-team All-American – NABC, and ACC All-freshman team in 2012. He was drafted #10 overall by the New Orleans Hornets in the 2012 NBA Draft. Rivers played for the Hornets / Pelicans from 2012 to 2015. He played for the Los Angeles Clippers from 2015 to 2018. In 2018 he played for the Washington Wizards and Houston Rockets. Austin Rivers also won a Gold medal for the United States at the FIBA Americas U-18 Championship in 2010. 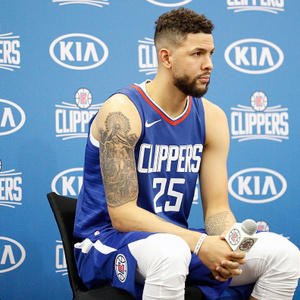