Austin Carr Net Worth: Austin Carr is an American retired professional basketball player who has a net worth of $3 million. Austin Carr was born in Washington, D.C. in March 1948. Carr was a 6'4″ guard who played at Mackin Catholic High School and attended the University of Notre Dame.

In 1970 he was a Consensus second team All-American and he became a Consensus first team All-American in 1971 when he also was named Naismith College Player of the Year, Associated Press Player of the Year, Helms Foundation Player of the Year, and UPI Player of the Year. Carr was the #1 pick of the 1971 NBA Draft by the Cleveland Cavaliers. He played in Cleveland from 1971 to 1980 and was named to the NBA All-Rookie First Team in 1971 and was an NBA All-Star in 1974. Carr played for the Dallas Mavericks in 1980 and for the Washington Bullets from 1980 to 1981. He won the J. Walter Kennedy Citizenship Award in 1980. Carr had his #34 retired by the Cleveland Cavaliers. He was inducted into the College Basketball Hall of Fame in 2007 and the Notre Dame Basketball Ring of Honor in 2011. He was also a Cleveland Sports Hall of Fame Inductee in 1992 and received the Greater Cleveland Sports Commission Lifetime Achievement Award in 2011. Carr is the Director of Community Relations for the Cavaliers and is a color commentator for the team's games on Fox Sports Ohio. Cleveland basketball fans known Carr as "Mr. Cavalier". 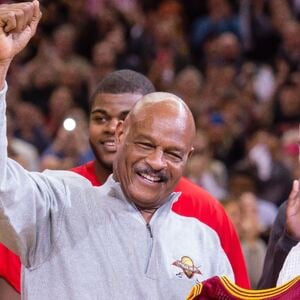