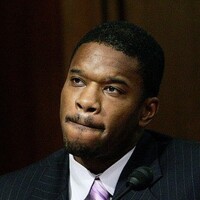 Antonio Davis Net Worth: Antonio Davis is a retired American professional basketball player who has a net worth of $22 million. Born in 1968 in Oakland, California, Antonio Davis played college basketball at UTEP from 1986 until 1990. The Indiana Pacers chose Davis with the 45th overall pick during the second round of the 1990 NBA Draft. Davis decided to begin his professional playing career overseas in Europe rather than with the Pacers and the NBA. He played with the Greek League's Panathinaikos and the Italian League's Philips Milano before returning to the United States in 1993. Prior to that, he was part of the FIBA Korac Cup championship-winning team. He played with the Pacers until 1999 when Davis joined the Toronto Raptors. He later played for the Chicago Bulls from 2003 until 2005, the New York Knicks from 2005 until 2006, and the Raptors against in 2006. He earned NBA All-Star honors in 2001. Davis finished his career with 9,041 points, 6,755 rebounds, and 990 blocks. He played on the U.S. men's national team, earning a silver medal at the FIBA Americas Championship in 1989. In 2006, Davis made headlines for storming into the stands to confront a fan who was accused of behaving badly. Davis was thrown out of the game. He has two children with his wife, Kendra.