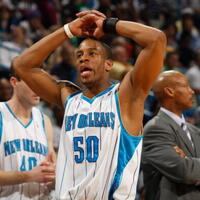 Antonio Daniels Net Worth: Antonio Daniels is an American professional basketball player who has a net worth of $20 million. Antonio Daniels was born in Columbus, Ohio, in 1975. He played college basketball for four seasons for the Bowling Green State University Falcons from 1993 until 1997. Daniels earned Mid-American Conference Men's Basketball Player of the Year honors during his senior season with the team. The Vancouver Grizzlies drafted Daniels with the fourth overall pick during the first round of the 1997 NBA Draft. He played one season in Vancouver before he was moved to the San Antonio Spurs from 1998 until 2002, the Portland Trail Blazers from 2002 until 2003, the Seattle SuperSonics from 2003 until 2005, and the New Orleans Hornets from 2008 until 2009. During the 2010-2011 season, Daniels played with the Texas Legends of the D-League before he spent time in 2011 with the Philadelphia 76ers on a ten-day contract, his last stint in the NBA to date. After playing with the Legends a second time in 2012, Daniels has not played professional basketball since as of the fall of 2014. He was part of the San Antonio team that won the 1999 NBA Championship. The six-foot-four, 195-pound point guard/shooting guard has amassed 6,623 career points, 1,613 rebounds, and 2,934 assists.