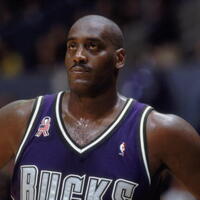 Anthony Mason Net Worth and salary: Anthony Mason was an American professional basketball player who had a net worth of $17 million at the time of his death in 2015. Born in Miami, Florida, in 1966, Anthony Mason played college basketball for Tennessee State from 1984 until 1988. The Portland Trail Blazers drafted him with the 53th overall pick during the 1988 NBA Draft. He made his pro playing career debut with Efes Pilsen from 1988 until 1989 before joining the New Jersey Nets in 1989. He later played with the CBA's Savannah Spirits from 1990 until 1991, and the Denver Nuggets from 1990 until 1991, the New York Knicks from 1991 until 1996, the Charlotte Hornets from 1996 until 2000, the Miami Heat from 2000 until 2001, and, lastly, the Milwaukee Brewers from 2001 until 2003. Mason, a six-foot-seven, 250-pound forward, earned NBA Sixth Man of the Year honors in 1995. Two years later, he was a member of the league's all-defensive second team and the league's third team. In 2001, Mason earned the first and only NBA All-Star honor of his career. He finished his pro playing days with 9,656 career points to go along with 7,279 rebounds and 2,963 assists. Mason has appeared in several movies, TV shows, and music videos, including "New York Undercover", "Eddie", "Celebrity", "Best Kept Secret", and "Root Down". During his career Anthony earned more than $45 million in salary alone. Unfortunately, Anthony Mason died on February 28, 2015.