What is Anthony Davis's Net Worth and Salary?

Anthony Davis is an American professional basketball player who has a net worth of $130 million dollars. His annual base salary in the NBA is $38 million. As of this writing Anthony is a 7-time NBA All-Star, earning that feat every year from 2014 to 2020. He won an NBA Championship with the Lakers in 2020. Before this, Davis was a star college player at the University of Kentucky, and played for the New Orleans Hornets/Pelicans.

Anthony Davis was born on March 11, 1993 in Chicago, Illinois to Anthony Sr. and Erainer. He has a twin sister named Antoinette and an older sister named Lesha. As a teen, Davis went to Perspectives Charter School, where he played high school basketball. Despite being initially unnoticed both locally and nationally, he soon became recognized when he began playing on Tai Streets' Meanstreets traveling system in his junior year. Davis earned a plethora of honors for his basketball playing during high school; among them, he was a first-team Parade All-American and a McDonald's All-American. He also played in the Nike Hoops Summit, leading the USA basketball team to a 92-80 victory over the world team. A week later at the Jordan Brand Classic game, Davis was named co-MVP after recording 29 points and 11 rebounds.

For college, Davis committed to the University of Kentucky Wildcats. An instant success, he led the team to a perfect 16-0 record in conference play, and finished the season with averages of 14.2 points and 10.4 rebounds per game. Entering the SEC Tournament, the Wildcats beat LSU and Florida, but fell to Vanderbilt in the championship game. Despite this, the team received the number-one overall seed in the NCAA Men's Division I Basketball Tournament. In the Wildcats' six games across the tournament, Davis averaged 15.2 points and 11.2 rebounds per game, and helped earn the team the NCAA championship title. As a result, he was named the NCAA Basketball Tournament Most Outstanding Player and was named to the All-Tournament team.

In 2012, Davis declared for the NBA draft; he was subsequently chosen by the New Orleans Hornets with the first overall pick. He went on to make his debut against the San Antonio Spurs in a losing game. Following a concussion, he returned to post his first double-double in a win over the Charlotte Bobcats. In March of 2013, Davis set a career high in rebounds with 18. A month later, his season ended due to a knee injury. The next year, the New Orleans Hornets were renamed the Pelicans. Davis began the new season posting a pair of double-doubles. In the third game of the season, he set career highs with six blocks and six steals to lead the Pelicans to their first win. Later, Davis scored a career-high 32 points in a game against the Los Angeles Lakers. In January of 2014, he set a new career high of 19 rebounds, and in March, scored another new career high of 40 points and 21 rebounds. However, later in the month, he started to suffer a number of injuries, causing him to miss many games. 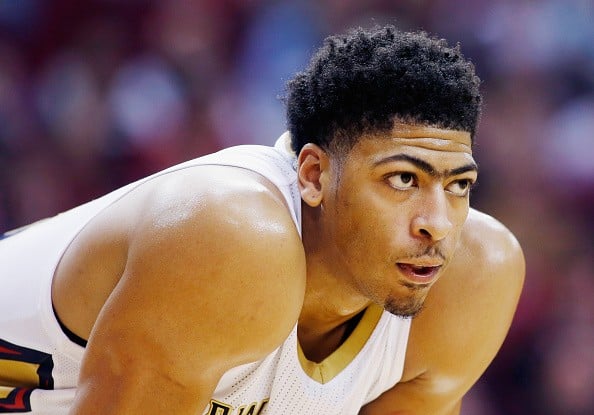 Bouncing back from his injury, Davis began the 2014-15 season with one of the best season opening performances in history, recording 26 points, 17 rebounds, nine blocks, and three steals in a game against the Orlando Magic. He continued to have a strong season, recording a career-high 43 points in November and making a game-winning three-point buzzer beater against the Oklahoma City Thunder in February. However, injury came back to plague Davis, causing him to miss several games. He returned with a dominant performance against the Detroit Pistons. Later, in the final game of the regular season, Davis helped lead the Pelicans to a playoff berth. He finished the season with averages of 24.4 points, 10.2 rebounds, and 2.9 blocks per game.

In the summer of 2015, Davis signed a five-year contract extension with the Pelicans. Late in the subsequent season, he posted a franchise record of 59 points. The season after that, he was named to the NBA All-Star Game, where he broke Wilt Chamberlain's All-Star record by posting 52 points and 10 rebounds. Moreover, Davis became the first Pelicans player ever to achieve 2,000 points in a single season. The team went on to the first round of the playoffs, sweeping the Portland Trail Blazers. The Pelicans ultimately fell out of the playoffs in the second round series. Following a strong start to the 2018-19 season, Davis requested a trade.

Davis was traded to the Los Angeles Lakers in the summer of 2019. In his debut in October, he recorded 25 points, 10 rebounds, and five assists in a loss to the Los Angeles Clippers. Just a week later, he became the first Laker to post 40 points and 20 rebounds since Shaquille O'Neal in 2003. Later, in January of 2020, Davis turned down the Lakers' four-year contract extension offer to instead become a free agent. He went on to help the team secure the number-one playoff seed in the Western conference; after a win in the finals there, the Lakers advanced to the NBA Finals. With the help of LeBron James, Davis led the team to a win over the Miami Heat, giving the Lakers their 17th championship title.

In late 2020, Davis re-signed with the Lakers on a five-year contract. However, he was largely sidelined during the season due to issues with his right calf and heel. Further injuries kept Davis off the court in 2021 and 2022. 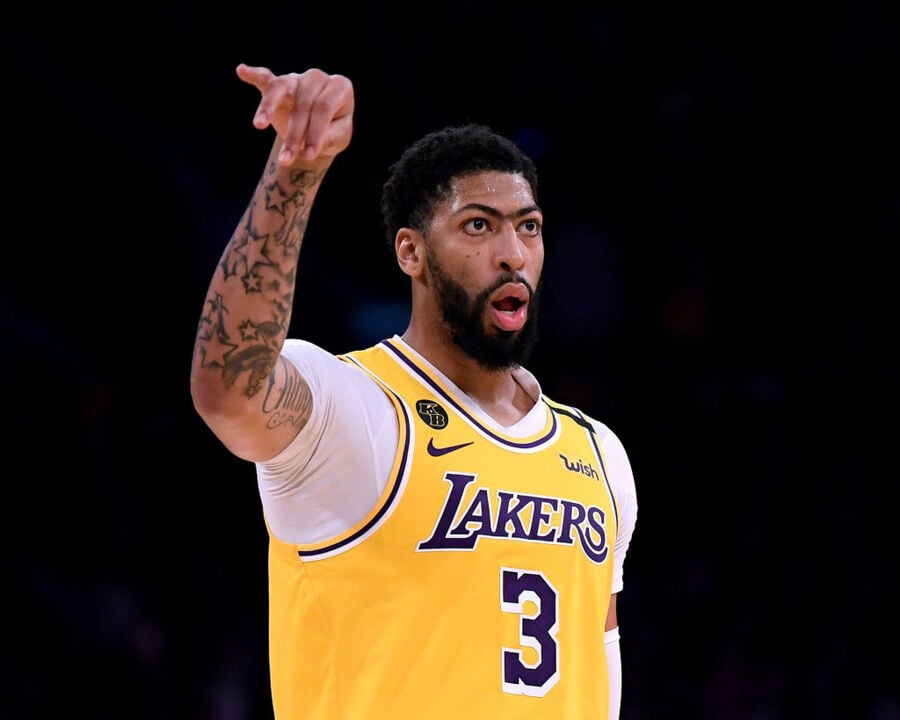 On the world stage, Davis represented the US national basketball team at the 2012 Summer Olympics and at the 2014 FIBA Basketball World Cup. In both tournaments, he and the team won gold medals.

Between June 2017 and June 2018, Anthony Davis earned $35 million in salary and endorsements. As of February 2020, he has earned $100 million in basketball salary alone.

In December 2020 Anthony signed a five-year $190 million deal with the Lakers. The extension brings his annual salary up to $32 million in the first year of the deal. In the fifth year he will earn $43.2 million in base salary. As of this writing, it's the 5th-largest contract in NBA history, with an average per year salary of $38 million.

It has been reported that after listing the home Anthony began renting a mansion in Bel Air in a gated community for the low-low monthly fee of $50,000.

In May 2021 Anthony reportedly paid $31 million for home in the gated Los Angeles community of Bel Air Crest. He reportedly put $11 million cash down and took out at $20 million mortgage.