Antawn Jamison net worth and salary: Antawn Jamison is an American professional basketball player, who has a net worth of $60 million. Antawn Jamison was born on June 12, 1976 in Shreveport, Louisiana. With his name commonly mistaken as "Antwan," Jamison's birth certificate actually showed a misspelling of that which is the correct first name. After careful consideration, Jamison's parents elected to let the name stand as it provided certain uniqueness. He was a football quarterback at Quail Hollow Middle School in Charlotte, North Carolina. He then attended Providence High School in Charlotte, North Carolina where he continued to play basketball as was named a McDonald's All-American.

In 1998 he was drafted by the Toronto Raptors. He was then traded to the Golden State Warriors where he was named to the NBA All-Rookie team. Following the Golden State Warriors, Jamison played for the Dallas Mavericks, Washington Wizards, Cleveland Cavaliers, Washington Wizards, Los Angeles Lakers, and the Los Angeles Clippers.

In 2006 Jamison was a member of the USA National Team in the FIBA World Championships. For college he attended the University of North Carolina. In college he won both the Naismith and Wooden Awards. During a ceremony at the Dean E. Smith Center on March 1, 2000 Antawn's number 33 was retired.

In addition to the Cavaliers, Jamison is a former basketball player for the Dallas Mavericks and the Washington Wizards.

He created the Antawn C. Jamison Scholarship to provide the underprivileged with a chance at a better future. He awarded his first scholarship in 2006. 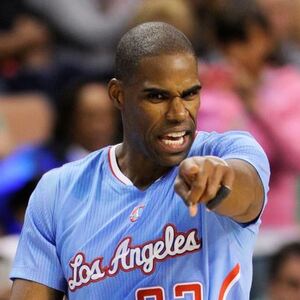