He made his NBA debut with the Raptors later that year, playing with the team until a 2013 trade sent him to the New York Knicks. As of the fall of 2014, Bargnani remains an active member of the Knicks. The seven-foot, 250-pound power forward/center earned NBA All-Rookie first team honors in 2007, a year after being named a Euroleague Rising Star. He also previously earned the award for the best player under 22 years of age in the Italian League in 2006. Bargnani has been a part of the Italian junior and under-20 men's national basketball teams, playing in several EuroBasket competitions. To date in his career, he averages 15 points, just under five rebounds, and just over one assist per game. He has made two postseason appearances with the Raptors in 2007 and again in 2008, playing in eleven total playoff games with an 8.9 points and 2.8 rebounds per game average. 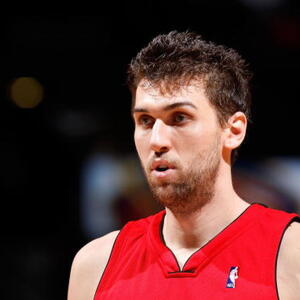