Andre Roberson net worth: Andre Roberson is an American professional basketball player who has a net worth of $2 million. Andre Roberson was born in Las Cruces, New Mexico in December 1991. He is a 6'7″ shooting guard and small forward who played for Wagner High School. Roberson played his college basketball at Colorado where he was a two time First-team All-Pac-12 selection and was named the Pac-12 Defensive Player of the Year in 2013.

He was drafted #26 by the Minnesota Timberwolves in the 2013 NBA Draft but was traded to the Oklahoma City Thunder. Roberson has played his entire NBA career for Oklahoma City since 2013 but spent time playing for the Tulsa 66ers of the NBA Developmental League from 2013 to 2014. 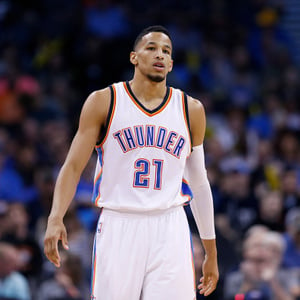