Andre Ingram net worth: Andre Ingram is an American professional basketball player who has a net worth of $100 thousand. Andre Ingram was born in Richmond, Virginia in November 1985. He is a 6'3″ shooting guard. He played at Highland Springs High School and helped the school win its first championship. Ingram played his college basketball at American University where he was Patriot League Rookie of the Year and two time First-team All-Patriot League.

Andre Ingram went undrafted in 2007 but joined the Utah Flash of the NBA Development League. He played there until 2011 and then played for the Los Angeles D-Fenders from 2012 to 2016. Ingram played for the Perth Wildcats of the NBL in 2016 and then the Los Angeles D-Fenders and South Bay Lakers from 2017 to 2018. In 2018 he was called up to the NBA's Los Angeles Lakers for the last three days of the season. After only making $19,00 for playing the G League season he made a pro-rated amount of $13,824 for his few days with the Lakers. He also worked as a math tutor to make ends meet in the G League. 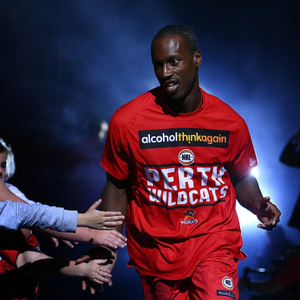