Andre Drummond net worth and salary: Andre Drummond is an American professional basketball player who has a net worth of $40 million. Andre Drummond was born in Mount Vernon, New York in August 1993. He is a center who played at St. Thomas More and won gold medals representing the United States at the under-16 and under-17 levels.

Drummond played his college basketball at Connecticut for one season. He was drafted #9 by the Detroit Pistons in the 2012 NBA Draft and has spent his entire career with Detroit. He was named to the NBA All-Rookie Second Team and was the NBA Rising Stars Challenge MVP. Drummond was an NBA All-Star in 2016 and was named to the All-NBA Third Team in addition to being the NBA's rebounding leader. In 2014 he won another gold medal at the FIBA World Cup in Spain. In 2016 he signed a five year deal with the Pistons for $130 million. 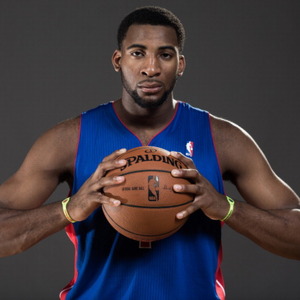