What is Amar'e Stoudemire's Net Worth?

Amar'e Stoudemire is an American former professional basketball player who has a net worth of $70 million. Over the course of his career in the NBA, Stoudemire played for teams like the Phoenix Suns, the New York Knicks, the Dallas Mavericks, and the Miami Heat. Amar'e eventually retired in 2016 after a 14-year career. Highlights include the NBA Rookie of the Year award, which he won in his debut season of 2002. He also made six appearances in NBA All-Star games and earned All-NBA Team honors five times. In 2007, he was elected for the All-NBA Team's first team.

Prior to joining the NBA, Stoudemire earned a stellar reputation as a high school basketball player. His reputation was such that he was able to move directly from high school into the NBA after graduating. Despite achieving considerable success in the NBA, he was regularly plagued with injuries to his knees. After retiring, he went into coaching and starting serving as the player development assistant for the Brooklyn Nets.Off the court, Amar'e is known for his considerable involvement in a range of business ventures. These include a record label, clothing lines, wine labels, children's books, biographies, and ownership of Hapoel Jerusalem – a team that he eventually played for after leaving the NBA. In addition, Stoudemire has appeared in shows like "Law & Order," "The Mindy Project," and "Sesame Street." His film credits include "MacGruber," "New Year's Eve," and "Trainwreck."

Amar'e Carsares Stoudemire was born on November 16th of 1982 in Lake Wales, Florida. He grew up on the outskirts of Orlando, and his parents divorced when he was still very young. Amar'e was raised in a Baptist household alongside one brother primarily by his mother, who worked as an orange and apple picker. She was in and out of prison during Stoudemire's upbringing for crimes such as petty theft and forgery.

Despite his Baptist upbringing, Amar'e now identifies as a Black Hebrew Israelite. During his childhood, Amar'e lived briefly in New York until he relocated to Port Jervis. His father also died when he was 12, and various figures stepped in to act as mentors. These included a police officer, a coach, and a minister – some of whom allowed Amar'e to stay with them during difficult times.

At the age of 14, Amar'e started playing organized basketball for the first time during his high school years. His problematic family situation meant that he switched high schools five different times over the course of this period. He only played two full seasons because of these constant transfers, and he sat out for his entire junior year. He also played football during these early years. Despite the fact that he only played two full seasons, he was considered a top NBA prospect. Even though he initially committed to play for the University of Memphis, he eventually decided to forgo college altogether and declared himself eligible for the 2002 NBA Draft. 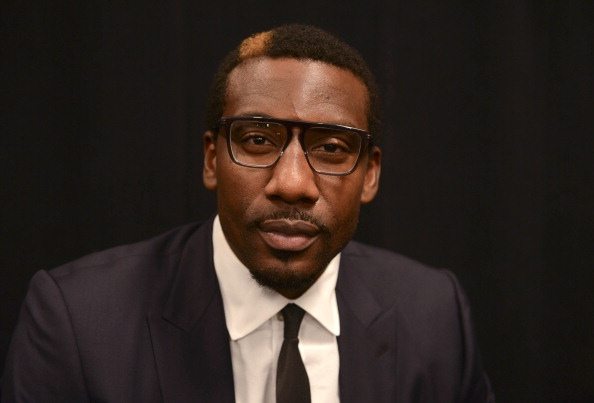 Stoudemire's rookie season started well after being drafted by the Suns, and he eventually won the NBA Rookie of the Year Award. His strong performances continued until the 2005-2006 season, before which he suffered serious knee cartilage damage. Microfracture surgery was required and his rehab process was lengthy. Knee injuries continued to plague Stoudemire, as well as an eye injury in 2008 that forced him to wear goggles.

In 2010, he opted out of his contract and signed with the New York Knicks as a free agent. Things became more successful for Stoudemire during the 2010-2011 season, but another injury-filled season followed. He then finished his NBA career with the Dallas Mavericks and the Miami Heat. Despite leaving the NBA, he continued to play professionally in Israel for many years before focusing primarily on coaching by 2020.

After finishing his NBA career, he eventually returned to become an assistant player development coach for the Brooklyn Nets in 2020. When Stoudemire attended the 2013 Maccabiah Games as the assistant coach of the Canadian basketball team, he was approached by Shimon Peres, the President of Israel. Peres convinced him to convert to Rabbinic Judaism. This later resulted in him receiving Israeli citizenship and adopting the name "Yahoshafat Ben Avraham."

Over the years, Stoudemire has engaged in many business ventures. He created a clothing line in 2011 that was sold through Macy's. This line was a partnership with designer Rachel Roy. He also created his own record label that has signed a number of rappers over the years. In 2011, Amar'e also signed a deal with Scholastic to write a number of children's books. In 2013, he became a major shareholder of Hapoel Jerusalem B.C. In 2018, he launched his own kosher wine label called Stoudemire Cellars.


At one point, Stoudemire was earning a peak annual salary of $23.4 million during his time in the NBA. During his career, Amar'e earned $167 million in salary alone.

In 2021, it was reported that Stoudemire had sold his home in Florida. The buyer was none other than rapper Rick Ross, who paid $3.5 million for the mansion. Unfortunately, Amar'e accepted a loss on this deal, as he had purchased the residence for $3.7 million ten years prior. The home is quite extensive, spanning 8,600 square feet and sitting on a 2.3-acre plot of land. The outdoor areas include a guesthouse, a swimming pool, and a spa. Located in Southwest Ranches, Stoudemire's former home sits close by to those of several other high-profile celebrities. Additional highlights include a gated driveway, a nine-car garage, six bedrooms, a gym, and a massage room.

In 2014, Stoudemire purchased a farm in New York. Located in Hyde Park, the farm spans 185 acres and features a 2,000-square-foot log home. This was intended to be a cottage of sorts for family getaways during the weekends and holidays. 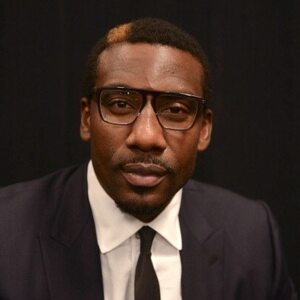