Alonzo Mourning Net Worth: Alonzo Mourning is an American retired professional basketball player who has a net worth of $70 million. Mourning spent 15 years playing in the NBA for teams like the Charlotte Hornets, the Miami Heat, and the New Jersey Nets. During that career Alonzo earned around $143 million in salary alone, plus tens of millions from endorsements.

Also known simply as "Zo," Alonzo established himself as a talented center and was famous for his defensive skills. After a brief scare in 2003 that almost caused him to retire due to health concerns, Mourning received a kidney transplant that allowed him to keep playing. After ending his career in 2008, Alonzo became the first-ever player to have his jersey retired by the Heat. In 2014, he was inducted into the Basketball Hall of Fame.

Early Life: Alonzo Harding Mourning Jr. was born on February 8th of 1970 in Chesapeake, Virginia. Alonzo first proved his basketball-playing potential during his high school years. During this period, he earned a number of honors and accolades and led his team to 51 straight victories during his senior year.

After graduating from high school, Mourning enrolled at Georgetown University and played basketball under famed coach John Thompson. He quickly became an integral part of the team and led the entire nation in total blocked shots and blocks per game. It was clear that he was a defensive talent, but Alonzo also improved his offensive game while playing college basketball as well. He finished his college career with over 2,000 points and over 1,000 rebounds. He also racked up 453 blocked shots.

Career: During the 1992 NBA Draft, Mourning was selected by the Charlotte Hornets and posted the highest scoring average of any rookie in the team's history during his first season. He also broke records for blocked shots once again, and he was an important part of their playoff campaign. In one game against the Boston Celtics, he scored a 20-foot shot to win the game 104 to 103. Although Alonzo played just as well in the second season, the Hornets missed the playoffs. During the 1994-1995 season, Mourning collaborated with teammates like Larry Johnson to help Charlotte reach the playoffs, although they were eliminated in the first round.

The Hornets then offered Alonzo a contract extension with a total worth of just over $11 million over seven years, but he rejected it. This prompted Charlotte to trade him instead, and Mourning joined the Heat in 1995. Alonzo fit perfectly into coach Pat Riley's plans, and he was offered a seven-year, $105 million contract with the Miami Heat in 1996. Alonzo immediately reached a much later stage in the playoffs with his new team, although they were eventually eliminated in the Eastern Conference Finals that year.

After becoming a fan-favorite while playing for the Heat for many years, Alonzo left the team in order to sign a four-year deal with the New Jersey Nets in 2003. He was a free agent by this point. However, he was forced to retire briefly due to a kidney condition that year. Fortunately, Mourning was able to receive a kidney transplant and he returned to training soon afterwards. Over the next period, Alonzo complained that he wasn't interested in playing for the Nets anymore, at which point he was traded to the Toronto Raptors.

Later, Raptors officials stated that Mourning never passed his medical test, and that he never even reported to play with the team. It was also confirmed that he had been bought out of his remaining contract for a sum of $9 million. In 2005, he returned to the Heat after a long period of unproductive attempts to play elsewhere. Although he initially started as a backup to Shaquille O'Neal, he ended replacing the star when he was injured. The Heat fared quite well in the playoffs that year, although they were eventually eliminated by the Detroit Pistons in the Eastern Conference Finals.

From 2005 onwards, Mourning continued to act as backup center for the Heat. After Shaquille became injured once again, he played a central role in leading the team to its first-ever NBA Finals. At the tail end of his career, this was the first time Alonzo came within touching distance of the NBA championship. Led by Dwayne Wade, the Heat managed to win the series and its first NBA championship. He continued to play for the Heat for the next two years before retiring in 2008.

Relationships: Alonzo first met his wife Tracy in 1980 when he was playing in Las Vegas. The pair moved to South Florida in 1995 when Mourning joined the Heat. Two years later, they married. After having three children together, Tracy and Alonzo quietly separated in 2019.

Real Estate: As part of Alonzo's divorce proceedings, he ended up putting his home in Pinecrest, Florida up for sale. The residence hit the market for $5.3 million, and it spans over 9,000 square feet. Features include a 1,000-bottle wine cellar, an infinity pool, and a spa. He originally purchased the home for $4.5 million back in 2012. Alonzo's son Trey was later played in the NBA.

Legal Issues: In 2011, Mourning faced a lawsuit after he crashed his car and fled the scene of the accident. The car he hit was allegedly stopped because it had just been involved in another accident.

Medical Issues: In 2003, Mourning received a kidney transplant from his cousin so that he could continue playing in the NBA. Alonzo hadn't seen this man in 25 years, and his name was Jason Cooper. Later that year, Mourning received Cooper's left kidney, which helped him address his focal segmental glomerulosclerosis and continue playing basketball. 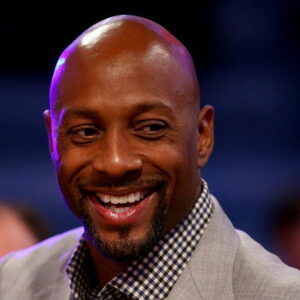